Performed by Sunday Session MC Shay Black at the Starry Plough Pub in Berkeley, CA, this song was originated by the Corrigan brothers in Moneygall, Ireland with new lyrics contributed by EVERYONE. Sample verses: 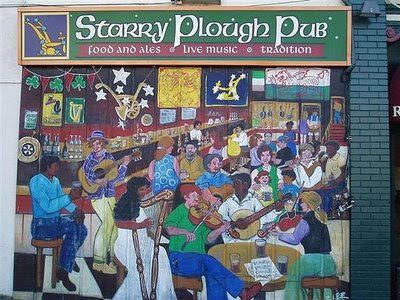 "You cannot imagine my horror when my eyes met pages filled with saccharine, pastel artwork depicting cold-eyed androids that were clearly not of our realm. In a Beautiful Mind moment of schizophrenic clarity I saw the book for what it was: not a gentle introduction to life's most profound curiosity, but a primer for the parasitic offspring of an invisible invasion!"

The Meat of Torah 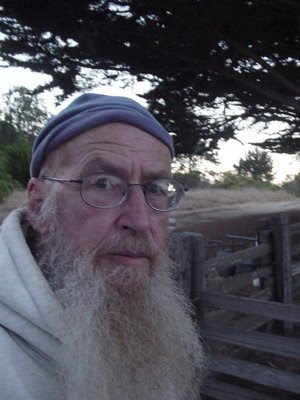 A student approached Rabbi Hillel and asked:
"O Rabbi, can you explain to me
the essence of Judaism
while I stand on one foot?"
"Certainly," answered Hillel:
"Whatever you would not have done unto you,
do not do unto others."
"Of Torah, this is the meat.
All else is commentary."
Posted by nick herbert at 3:56 PM 0 comments

Let The Rich Bail Them Out 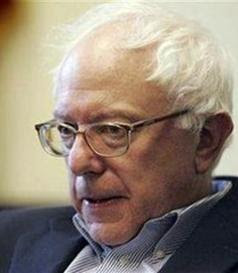 Senator Bernie Sanders voted NO on the proposed $700 billion US government bailout of failing Wall Street financial firms.
"If a bailout is needed. if taxpayer money must be placed at risk, if we are going to bail out Wall Street, it should be those people who have caused the problem, those people who have benefited from President Bush's tax breaks for millionaires and billionaires, those people who have taken advantage of deregulation who should pick up the tab, not ordinary working people"
Sanders proposed a five-year. 10 percent surtax on families with incomes of more than $1 million a year and individuals earning over $500,000 to raise $300 billion to help bankroll the bailout.
His fellow Senators, however, set aside the amendment on a voice vote.
Read Sander's full Senate floor speech here in which he elaborates on the bailout bill's flaws.
From Truthout.org.
Posted by nick herbert at 3:35 PM 0 comments