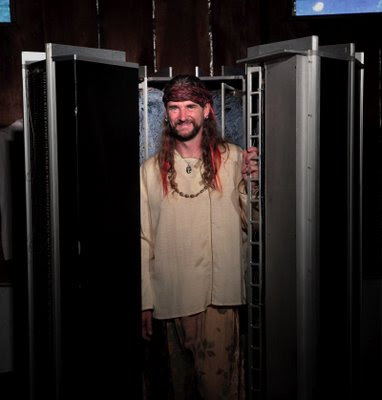 My Boulder Creek neighbor Bruce Damer would modestly deny the title "genial genius" but I know Bruce as a remarkable being who in one person combines the psychedelic idealism of the sixties with the nuts-and-bolts practicality of the Silicon Valley hardware whiz. Ten years ago Bruce purchased a beautiful rural property with plenty of plans to realize his heart's desire. One of Boulder Creek's little-known gems is Penny Slinger's Goddess Temple located in a canyon adjacent to Bruce's spread and we jokingly referred to Bruce's new home as "The God Farm"--a stout masculine counterpart to Penny's delicate temple of femininity. Bruce's place is known by many names, corresponding to its many-handed functions not least of which is the Digibarn, a computer museum (next to the pig pens) which tracks the development of electronic minds from the ancient Altair to modern supercomputers. Bruce is pictured above standing in the core of a Cray supercomputer at the Digibarn. Although Bruce routinely hangs out with Air Force generals and NASA scientists, he dresses, as Allan Lundell once remarked, like a character out of Shakespeare who just got back from Burning Man. 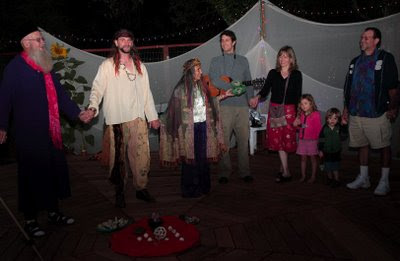 Chief among Bruce's accomplishments is his work creating virtual realities, simulating for NASA and other agencies, the novel environments of space travel and inventing new realities that humans can practice inhabiting before they actually go there. Bruce is the author of Avatars!, the definitive description of virtual personalities circa 1997 and Bruce manages many consortiums of individuals whose job is turning fantasy into (computer simulated) reality.

Ten years after the founding of the "God Farm" Bruce and his wife Galen Brandt held a birthday party catered by the legendary Jia, photographed by Allan Lundell and Reno DeCaro and attended by the very cream of the San Lorenzo Valley Digerati. The party also celebrated the completion of an octagonal performance deck and a meditation hut built by Jim Rintoul and Steve Mauer. More pictures soon at Damer.com site.
The party featured a participatory mediation on the number eight led by Bonnie DeVarco, as well as several inspiration musical numbers. The 8/8/08 party was also the historic occasion of the debut of Doctor Jabir's declaration of Tantric Jihad, a radical challenge for the West to imagine new paradises commensurate with our new technical powers.
Nick was the last to leave the party and a happy but exhausted Bruce Damer accompanied him to his car. The moon had set and the brilliant arch of the Milky Way bisected the sky above us. As Bruce and I admired the stars, Bruce confided that he knew more about the Hubble telescope, our latest and most sensitive human sense organ directed into the external universe, than anyone should have to know. For he had recently participated in a computer simulation of a project (see below) to repair the Hubble and refit it for new missions. 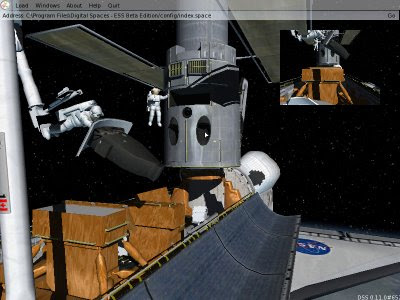 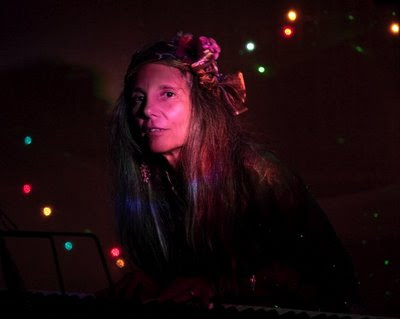 Just for the record, it's Steve Maurer, not Mauer -

Thank you for this remembrance, Nick. It's very precious to me, especially today, on the 20th anniversary of the farm. with much love to you always, Galen