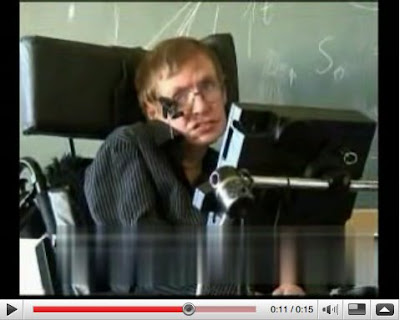 My car broke down the other day.
So I took it to a garage
And the guy says that he's a quantum mechanic.
I asked him if he could fix my car or not.
And he shrugged and said:
"I don't know. I have to look at it."
This esoteric slice of YouTube humor refers of course to the notorious Quantum Measurement Problem. In quantum theory (which has never made a wrong prediction) before you look, the world exists as a wave of possibilities. After you look, it's actual particles (called "quanta").

Also physicists are not really sure what they mean by "looking".

What does it really mean "to make a quantum measurement"? We certainly know how to make such measurements but don't know what aspects of the measurement process are necessary to bring the world into existence. "What does it take to turn quantum possibility into actual fact?" is still an open question in physics.
Quantum theory does not tell you what exists but only what you will measure. Furthermore the theory says that you cannot measure everything so you must make a choice (the so-called "Heisenberg choice") what observable you will look at. Only after you have made this choice does the theory give definite predictions for the probability of observing particular values for your chosen observable.
Next you deploy an instrument to measure your chosen observable and a particular outcome occurs--a choice that Nature makes (called the "Dirac choice") of one actual result out of the many possible results allowed by the theory.
In order to physically exercise your Heisenberg choice, you must somehow acquire a real instrument that is able to measure your chosen observable. This instrument may be as simple as a cell in your retina or as complex as the ATLAS particle detector (pictured below) at CERN's Large Hadron Collider. But if the quantum world is made solely of possibilities, where do such real (not merely possible) measurement devices come from? When and where in a purely quantum world, did the first measurement occur that was able to turn lots of mere possibility into some real actuality?
No one has expressed this paradoxical situation so well as Harvard professor Wendell Furry who said, "The existence and general nature of macroscopic bodies and systems is assumed at the outset. These facts are logically prior to the interpretation and are not expected to find an explanation in it." In order to work, quantum mechanics needs to assume the real existence of measurement instruments but is powerless to explain how their existence comes about.
In the absence of real instruments, the Heisenberg choice cannot be carried out. But assuming the existence of such instruments (which have somehow mysteriously achieved "self-actualization") what properties of such instruments allows them to actualize another quantum system--the system being looked at? How exactly do such instruments provoke Nature to make the Dirac choice?
Physicists don't have good answers to questions like these which lie at the very foundation of our quantum science. CCNY physicist Daniel Greenberger has compared quantum physicists to high-steel workers who are feverishly completing floor after floor of an enormous tower while the bottom of the building is supported by precarious scaffolding that no one wants to examine too closely for fear that the whole structure will collapse.


We house broke quantum reality
Taught Schrödinger's Cat to purr
Now ordinary life's as uncanny
As atoms ever were.
The quantum measurement problem: it's no joke. 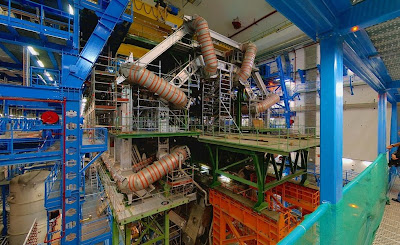