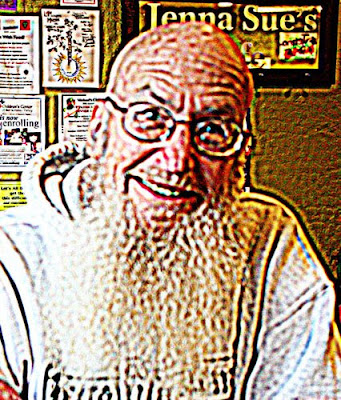 At 3 PM today my private Quantum Tantra research was "outed" by Rudy Rucker on Boing-Boing, the most popular blog in cyberspace. Will this unsought publicity mean that I will have to move even deeper into the woods to avoid the mass of thrill seekers eager to offer me their souls and bodies in order that they might be the first to connect with the Next Big Thing? I don't think so. Tomorrow at Boing-Boing this blinding spotlight of fame will thankfully be directed in some other direction and I will once more be freed to pursue my underground research into the nature of deep reality without oversight, without supervision, and in any crazy direction I damned well please.
Posted by nick herbert at 3:21 PM 0 comments 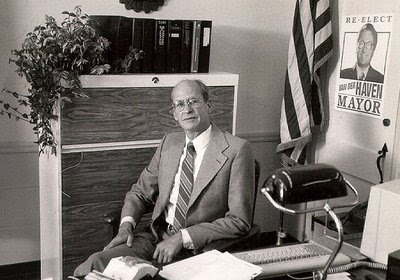 In the early 90s, while I was finishing a book on consciousness, the circus came to town.

Actually it wasn't the circus, but a Hollywood movie company that intended to use Boulder Creek as a set for a movie called "Welcome to Buzzsaw". The movie featured Matthew Broderick (who recently starred in the Broadway revival of "The Producers") and Jeffrey Jones (whom I will always remember as the delightfully clueless Emperor in "Amadeus").

In "WTB" Broderick plays a stockbroker who is a genius among New York hustlers but is completely out of his depth in the rural logging town of Buzzsaw. Jeffrey Jones plays both the popular mayor of Buzzsaw and his Evil Twin who had broken out of jail, murdered his brother, whom he was now impersonating for the 24 hours it would take him to scoop up the mayor's liquid assets and get out of town. Some of the movie's funniest lines occur as Evil Twin Jeffrey Jones tries to pass as the Good Twin mayor at home with the mayor's wife and two kids.

As the technicians were transforming Boulder Creek beyond recognition into Buzzsaw, the casting director went looking for extras. On a whim I auditioned and was chosen for the role of bank president. After the shoot, the president of our local bank told me that he thought I made a more impressive bank president than he did. And I didn't just sit behind a desk. While I was processing a loan, Jeffrey Jones pulls a gun, holds us all hostage, robs my bank, and leaps out of a (closed) window into the street. I couldn't say a word because they'd have had to pay me extra and I'd also have to join the union. One of the hostages--the lady I was interviewing for a loan--was one of the few extras with a speaking part and I stood next to her silently watching as Jeffrey Jones verbally intimidates her.

It was a lot of fun to work on the movie, hang out with the actors and observe all the problems that had to be solved to shoot the simplest scenes. One scene was shot in the rain outside a bar. The rain was produced artificially by sprinklers on big booms. If it had really rained, the director said, they'd have to cancel the shoot because the cameras would get wet. One of the oddest sights in more than a month of oddities for me was the crew cafeteria. We were all fed marvelous food under a big tent with cooks and waitresses imported from Hollywood who wore T-shirts with shoulder pads, a style statement truly impressive to the hillbilly denizens of Buzzsaw.

Some of the best scenes were cut, including an attempt by Jones to kill Broderick with a falling tree. My friend and alpaca rancher Fred Keesaw brought the tree down for this one but Fred's logging artistry never made it to the big screen. After serious editing the title was changed to "Out on a Limb" but the movie never really held together and quickly transited from theater to DVD. O yes, my scenes were kept intact. But you'll have to look quick to catch Buzzsaw bank president Nick Herbert's 16 seconds of big-screen fame.
Posted by nick herbert at 6:14 PM 3 comments 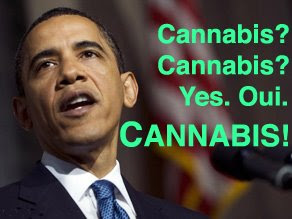 Surely the very Bedrock of Liberty is this:
The freedom to cultivate my garden
Anyway I please.
Anything less is tyranny.

"By the rude bridge that arched the flood
Their flag to April's breeze unfurled
Here once the embattled farmers stood
And fired the shot heard round the world." 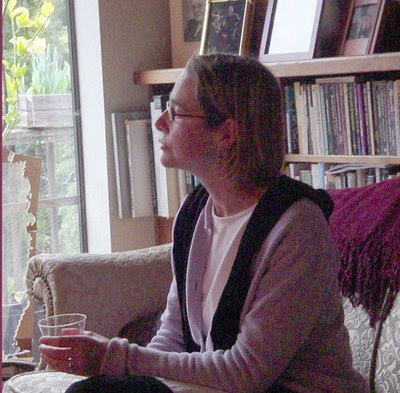 Have you ever stopped to gaze at the ones
who have only just learned to stand?
Heads tilted back, open-mouthed and unblinking
they open close open close little fists
clutching at
iridescent sashes the angels dangle before them
the silver-wrapped rain that falls for them
like kisses.

Or having watched a toddler chase his father
down a gravel path laughing
parrot-screech then water-bubbling-over-rocks
instead of elbows riffling the air you saw
two tiny oars trying to row the ocean.

Nor can we prepare ourselves for the radiance
of their faces as when
running they become birds delirious with flight
the sun blooms behind a summer cloud
saffron crowns the treetops and turns the field
to golden poppies in its shimmer.

For if you would abandon your busyness
in a tantrum of red tulips burning through snow
reckless intoxication of twirling and staggering
you might catch the receding glimmer of a child's
former life--those last dying breaths soaring
again in these first teetering steps.

(For Reno DeCaro)
To see deeper into things
We need a new way of looking.

Against love of the right kind
Even Nature is defenseless.

For eons She remained closed--
Sealed tight as a bank vault.

For one flirtatious glance.

Song of the Iris: Come on in 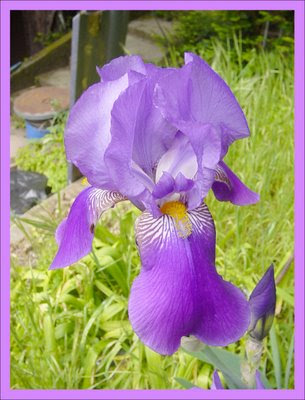 SONG OF THE IRIS: COME ON IN