In the late 60s I discovered the Tao Te Ching, a 2500-year-old Chinese text attributed to Lao Tzu, the "Old Master", which forms the basis of Taoist philosophy and is one of the world's most translated books. Over the years I've collected about a dozen versions of this Chinese classic and would like to share five of my favorites here.

"Tao Te Ching" literally means "Way Virtue Book"or "Book of the Virtue of The Way" and its 81 concise chapters concern themselves with eliciting the nature of The Way (Tao) and how and why one might best follow that Way. Tao might also be construed to mean "Nature", both physical nature and especially human nature. The Tao Te Ching tries to capture the unspeakable elusiveness, ambiguity and power of human and physical nature, The Chinese character "Tao" is also  the "-do" in Aikido, Tai Kwan Do and similar oriental martial arts. Spontaneous dance, jazz improv, surfing: each a splendid embodiment of the Tao. Especially surfing.

The popular philosopher Alan Watts never attempted a translation of this ancient Chinese text. But Watts did write a book on Taoism naming it "The Watercourse Way."

Bushido (Japanese): the way of the warrior.

In keeping with the quirky nature of this sacred Chinese text, the Tao Te Ching begins with a pun. The Chinese character "Tao" can mean both "the Way" and "to speak". So the first line of the watercourse way can be rendered "The tao that can be taoed is not the tao." From then on it just gets deeper.

First up is Ursula Le Guin, a prolific author of science fiction and fantasy, whose NAFAL (Nearly-As-Fast-As-Light) starships and her instant ansible communicator entered the sci-fi canon and has been adopted by other writers. Le Guin's stories, however, are not primarily about hardware but about people, and about cultures depicted in empathetic and imaginative prose. Of the five translators, Le Guin, because of her sympathetic treatment of so many of her fictional people,  seems best positioned to express the human nature of the Watercourse Way.

Heaven and earth
begin in the unnamed:
name's the mother
of the ten thousand things.

Two things: one origin
but different in name,
whose identity is mystery.
Mystery of all mysteries!
The door to the hidden.

When I was working at Memorex in Silicon Valley, on my long drive home to Boulder Creek, I would sometimes stop for hot tub, tea and conversation at Stillpoint, a mountain top retreat center presided over by Gia-fu Feng, who taught Tai Chi and kept the books on his abacus in the early days of Esalen Institute. Gia-fu christened my son Khola at Stillpoint and gave him a Chinese middle name "Shou" which means 'long life". Gia-fu and his wife, physicist/photographer Jane English put together one of the most physically beautiful versions of the Tao Te Ching illustrated with Jane's evocative black-and-white photographs and Gia-fu's hand-drawn calligraphy. Of all five translators (including me) Gia-fu is the only one that spoke Chinese.

The Tao that can be told is not the eternal Tao.
The name that can be named is not the eternal name.
The nameless is the beginning of heaven and earth.
The named is the mother of ten thousand things.
Ever desireless, one can see the mystery.
Ever desiring, one can see the manifestations.
These two spring from the same source but differ in name:
this appears as darkness.
Darkness within darkness.
The gate to all mystery.

Next up is former Harvard professor and LSD advocate Timothy Leary. I interacted many times with Leary (never got stoned with him) in several different contexts. Leary holds the unusual distinction of being arrested and imprisoned for carrying (a tiny bit of) marijuana INTO MEXICO. Even after drugs Leary was an instinctive academic and wrote lots and lots of books about his experiences with these then-outlawed mind-altering substances. Leary's version of the Chinese classic, Psychedelic Prayers, imagines that the 81 verses of the Tao Te Ching describe the perfect acid trip.

That Which is Called The Tao

Is Not The Tao

My first literary introduction to the Pathless Tao was via The Way of Life by Witter Bynner. Bynner was a Harvard graduate, a scholar and writer who divided his time between Sante Fe, NM and Chapala in Mexico. Bynner was a close friend of D. H. Lawrence with whom he explored Mexico and gathered experiences that inspired Lawrence's novel The Plumed Serpent. Bynner's version of the Tao appears a bit dated compared to Ursula Le Guin's splendid modern rendition, but I first fell under the spell of the Tao through his particular words. And first loves are often our most memorable.

Existence is beyond the power of words
To define:
Terms may be used
But are none of them absolute.
In the beginning of heaven and earth there were no words.
Words came out of the womb of matter;
And whether a man dispassionately
Sees to the core of life
Or passionately
Sees the surface,
The core and the surface
Are essentially the same,
Words making them seem different
Only to express appearance.
If name be needed, wonder names them both:
From wonder into wonder
Existence opens.

My own version of the Tao Te Ching is inspired by the crazy paradoxes of quantum theory. Here we have a perfect mathematical representation of the world. But not even the smartest physicist can explain to his kids "what Nature is actually doing" at the sub-atomic level. Nor can we really justify how this unvisualizable quantum reality turns into the ordinary reality we experience every day. I hoped eventually to devise a physics version of all 81 chapters of the Chinese classic, but only managed to compose the very first. To follow the tradition of beginning with a pun, I use the term "quantum state" as a physicist's customary way of representing the invisible quantum world. None of us really know what sort of "reality" corresponds to a quantum state, but a good deal of modern technology (this computer for instance) directly grew out of our increasing ability to manipulate these mysterious mathematical objects.

THE TAO OF PHYSICS

The state you can state is not things-as-they-are
Language, like highway, goes only so far
Unnamed is the Source from which everything springs
Naming gives rise to the "Ten Thousand Things"
Unlooked at: She exceeds what can possibly be
What you get when you look? No more than you see
Yet the world She is One whether looked at or not
Nature's own nature's not something that's taught
But reach out to feel Her invisible flesh
Hear, see and smell: everything fresh! 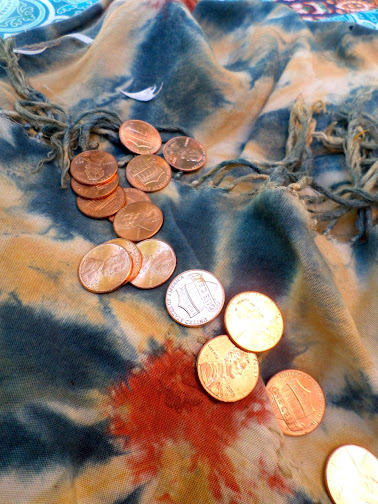 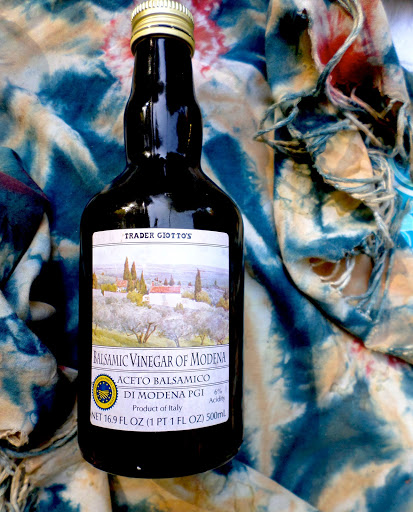