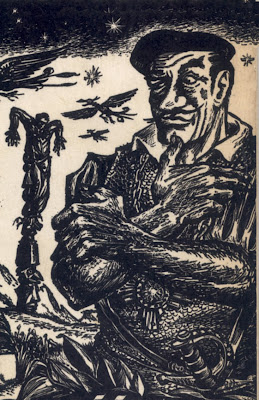 On an excursion into Old Testament times, Ferdinand Feghoot became a close friend of the Prophet Ezekiel's, and many were the long talks they had about morals, flying wheels, psychedelic experiences and the future of man.

So it was that Ezekiel revealed a vision unto Feghoot: "Lo! I was in what seemed a great valley of stone, and the walls thereof were carved into seats for a multitude, and the shape thereof was the shape of a diamond, with Angels at its four corners, and in the middle an Archangel, holding in his hand a hard ball. This he did throw with much force, and angels with staves did strike at it to no avail; and so it continued for a period, and a second period, and five more, while the Archangel Gabriel did utter such mysteries as 'Strike three--that's Lucifer out!' and 'End of the seventh, still no score.'"

"Then, all on a sudden, all was changed. The Archangel Michael smote the ball so that it flew from the valley, and three other Angels who had reached the corners before him came running in; and the multitude beat their wings and shouted harmoniously, so that I was filled with great joy and awe. Then I turned, and saw that the Lord's seat was empty, and sadness struck me that He was not there, and I have been sorrowful ever since." 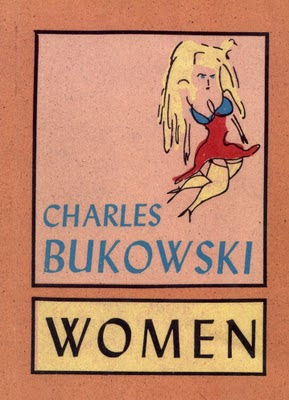 For a long time I had regarded LA poet Charles Bukowski as a "barfly bard" or "lowlife laureate" and had never heard of his semi-biographical novels. Recently I ran across his novel Women, in which Bukowski's alter ego Hank Chinaski beds dozens of women under a great variety of circumstances. Bukowski's fictionalized account of his sexual escapades falls squarely in the literary tradition of John Steinbeck's Cannery Row, Henry Miller's Tropic of Cancer and Jack Kerouac's On the Road except that Bukowski's work is stripped down to booze and sex, bereft of any literary, Buddhist or socially redeeming pretensions. For all its apparent crudeness, Bukowski's Women is funny, deeply honest, and, for those with eyes to see, strangely informative about basic male/female relations in ways that eluded Bukowski's more famous rivals. Roman poet Ovid fancied himself a Professor of Love during the reign of Caesar Augustus. Self-professed hater of people, yet obsessed with woman, Los Angeles poet Charles Bukowski, in this book, delivers a gritty field report from the Dark Underbelly of Desire during the heyday of the American Empire.

Throughout the novel, the Chinaski character remains essentially the same but the variety of women seen though his eyes is immense--ranging from a rich Texan who wants to dress him up and fly him to Paris to trailer trash who want his body, to record executive, sales clerk, dancers, artists, barely legal teeny boppers looking for strange kicks. Chinaski himself marvels at the variety of ladies who found themselves pulled into his orbit:

Where did all these women come from? The supply was endless. Each one of them was individual, different...But no man could drink them all, there were too many of them, crossing their legs, driving men mad. What a feast!

But Chinaski was no Casanova, no master of seduction. The great majority of these women were coming on to him, writing him letters, making the first moves. Although Chinaski (like Bukowski) is a minor poet, none of his poems are printed here. Chinaski's poetry readings are used in the novel merely as (usually successful) opportunities to pick up new women.

Charles Bukowski's Women seems to me to be an honest attempt to describe his life and not just a self-aggrandizing sexual fiction. At least one of Bukowski's women reciprocated his affections by writing a novel of her own entitled Blowing My Hero.

One big question for students of "the force that through the green fuse drives the flower" is what quality did Chinaski/Bukowski's character possess that made him so attractive to women? I am especially interested in women's answers to this question.

By his own admission Bukowski/Chinaski was old, fat, poor, ugly and a serious alcoholic which often rendered him impotent. His fame as a writer was small and he made no attempt to piggy-back off the fame of more famous writers, turning down, for instance, an easy opportunity to meet William S. Burroughs.

Old, fat, poor, ugly, alcoholic yet a magnet for beautiful women. Read this fascinating book and share your opinion: "What was this man's secret power?" I eagerly await your comments.
Posted by nick herbert at 1:11 AM 1 comments 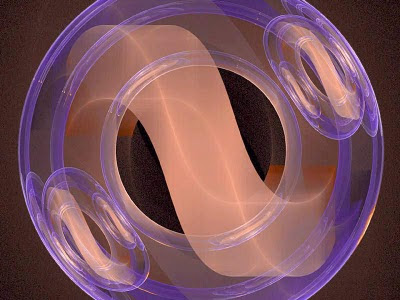 Money = Information
Because of the Quantum No-cloning Rule
Quantum Information cannot be copied.
Therefore the laws of physics guarantee that
Quantum Money cannot be counterfeited.
More on efforts to create Quantum Money
here.
Posted by nick herbert at 1:11 PM 0 comments 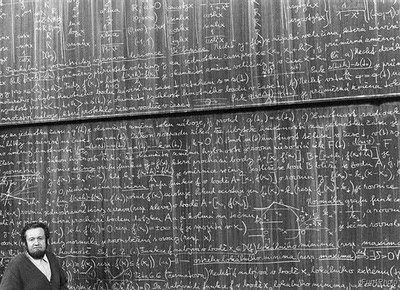 A classic Gary Larson cartoon depicts the "Libraries of Hell". All the books are labeled "Word Problems". Most people in high school hated word problems. I liked them, was good at turning concepts into math which is probably one reason I was attracted to physics. Carrying out the computations was another matter; I was and still am inept in arithmetic. Let my computer do the computations, I say: doing arithmetic is demeaning to humans. Solving word problems, on the other hand, is a worthwhile pastime.

A few days ago, while soaking in my outdoor tub (like Archimedes who is rumored to have made fundamental physics discoveries in his bath) I was pondering the 4:20 phenomenon in which first the time 4:20 PM and later the date 4/20 became associated with the smoking of marijuana. I was concerned that this number seemed arbitrary and wondered if it might only be an approximation to a more precisely defined "cannabis number" -- a number that is more than a mere human convention but is instead a perfect mathematical concept that dwells not only on Earth but in the eternal world of Platonic Forms. The Cannabis Number CN -- a number that can be calculated mathematically.

So here is my proposal: the exact "cannabis number" is not 4:20 but that time shortly after 4:20 when the Big Hand exactly overtakes the Little Hand. More precisely CN is the number of minutes past 4:20 at which this coincidence occurs.

One might even imagine that 4:20 is the approximate time to start smoking but the veils between worlds actually open at the somewhat later time expressed by the cannabis number.


That's how Nick defines CN. But what is the numerical value of this "cannabis number"? I leave this calculation as a problem for my readers. Please post your answer in the comments section. Hint: the problem is not as hard as the problem faced by the Russian at the blackboard.
Posted by nick herbert at 4:20 PM 9 comments

A New Theory of Rope 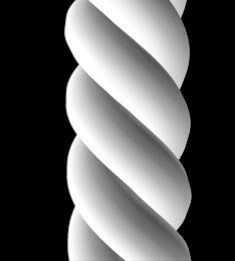 Sometimes it appears that that common phenomena are no longer mysterious and that all fundamental discoveries in physics can only occur deep in cosmic space or in high energy accelerator labs. But recently a pair of physicists from the Technical University of Denmark have come up with a new theory that explains rope.

Rope? What's to explain about rope? Rope seems to be made of helical coils like springs. But springs stretch and rope doesn't. What Jacob Bohr and Kasper Olsen have discovered are the mathematical conditions that must be satisfied so that rope doesn't stretch, conditions that had been discovered by trial and error centuries ago by ancient rope makers. Here's the abstract of Bohr and Olsen's paper "The Ancient Art of Laying Rope" as it appeared in today's physics arXiv.

We describe a hitherto overlooked property of helical structures and show how it accounts for the early art of ropemaking. Helices have a maximum number of rotations that can be added to them--and we show that it is a geometrical feature not a material property. This geometrical insight explains why nearly identical appearing rope can be made from very different materials and it is also the reason behind the unyielding nature of ropes. The necessity for the rope to be stretched while being laid, known from Egyptian tomb scenes, follows straightforwardly, as does the function of the top, an old tool for laying rope. 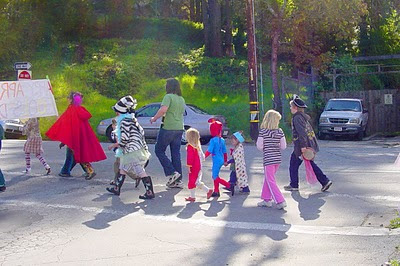 Foolish papers were published in physics journals on April 1, a man claiming to be from the future was arrested at the Large Hadron Collider in Switzerland, Google changed its name to Topeka for the day and South Street Centre in Boulder Creek sponsored its annual Fool's Day Parade for kids of all ages. South Street Centre, founded by my wife Betsy and her friend Estelle Fein, has for almost 30 years been a gathering place for innovative teachers and learners in the San Lorenzo Valley. No Nobel Prizes yet among South Street alumni but hundreds of adults leading unusual and productive lives have discovered there how to take charge of their own education rather than just following orders.

Not for everyone: the South Street way. More pictures of this year's Fool's Parade here.
Posted by nick herbert at 1:11 PM 0 comments