JABIR'S PROOF
That out of a blind, senseless universe
Did arise
Billions of eyes
Like yours and mine--
Could it be any plainer than that?

That a thousand human tongues
And billions of non-human languages
Did emerge
From a universe utterly devoid of meaning--
What could be more convincing?
That out of a heartless, dog-eat-dog universe
Arrived so many men and women

Who have loved and befriended me--
What evidence could be more persuasive?


We hold these truths to be self-evident--
This solid, non-symbolic experience of the senses
Your lovely Presence here beside me,
Our home, our womb: this beckoning cosmos
Extending Herself in all directions.

Meanwhile Jeffers from Tor House in Carmel
Reports "a high superfluousness of beauty."


Jesus Christ!
This stuff is finally beginning to kick in.
First come the colors, the feelings of dissolution,
The metaphysical complexities...
Then come the voices--


"Hello Nick.
We're so glad to see you.
We've been waiting 10 billion years
For someone
Who could fuck our atomic orbitals.
We are looking for someone
Who knows how to play."
Posted by nick herbert at 7:18 PM 4 comments

Both Jonathan Diaz Leon and his team in Seattle and Kai Vetter's team in Berkeley agreed that the amount of radiation recorded was insignificant compared to everyday radiation inside our own bodies
(due mainly to Potassium 40), in the air we breathe (Radon 222) and from cosmic rays from outer space. Both teams measured the number of radioactive particles in air by passing the air through filters, removing the filters and placing them inside sensitive gamma-ray detectors. Because each radio-isotope emits gamma rays with a unique energy, the researchers were able not only to measure the quantity of radioactive fallout but its specific isotopic composition.

In addition to measuring increased radiation in the air, the Berkeley team gathered rainwater and measured its radioactivity as well.

Both teams reported their results in official physics units as Becquerels/liter. One Becquerel equals one atomic decay per second. Both teams independently detected the same pattern of radioactive isotopes in the air.  For Berkeley air, the highest results were on the order of 3-4 mBq/liter. For Seattle air, the results were similar but slightly higher.

In addition to measuring the increased radioactivity of both rainwater (3-20 Bq/liter) and air (0.7 - 3.2 mBq/liter), the Berkeley team compared their results to a radiation risk that most people take for granted--air travel. Humans at sea level are shielded to a large extent from cosmic rays by the atmosphere above them but because commercial aircraft fly so high much of this atmospheric shielding is absent. Consequently the cosmic ray exposure of airline passengers and crew can be up to 100 times the exposure on the ground. Cosmic rays however are only a small part (10%) of natural radiation (see pie chart). Roughly speaking, for every three hours you spend in the air you might expect to accumulate an extra day's worth of natural radiation.

For communicating with an anxious public, the Berkeley researchers decided to report the results of their air and rainwater sampling like this:

Fukushima radiation in Berkeley air: According to our measurements, the exposure to the public is very low -- at the highest levels we measured, breathing the air for 2,000 years would increase one's radiation dose by the same amount received by taking a cross-country airplane flight.

Fukushima radiation in Berkeley water: The calculated exposure to the public is so low that the consuming of ~500 liters of this water would only increase dose by the same amount received by taking a cross-country airplane flight.

A good source of information about natural radioactivity (including information about the activity (in Becquerels) of such unlikely radioactive objects as bananas, Brazil nuts and lima beans) may be found here. Another good source for natural radiation (from which the pie chart was taken) and a wonderful photograph of M. Becquerel, the discoverer of radioactivity, can be found here. A remarkable chart prepared by Randall Monroe of XKCD comic fame that provides a fresh perspective on radiation dosages is located here. 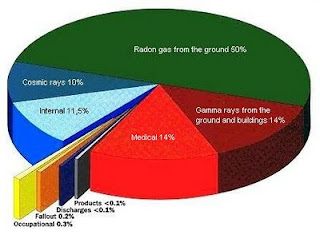 Alice and the Quantum Cat

"Why shouldn't Alice's story be brought up to date and used to illustrate the bizarre nature of quantum reality?" reasoned William Shanley, an East-Coast media personality. So Shanley engaged myself and a number of others to refashion Alice's adventures to explicate the mysterious world of quantum physics. Shanley's passion to be all things to all people brought more and more writers into the project each with their own point of view. Every author invented their own new worlds for Alice to explore and the manuscript soon became a giant kaleidoscope of altered states. Shanley sold the script to a German publisher who brought out a version called Alice Zwischen den Welten. Later a Japanese version appeared called Alice's Quantum Space with a beautiful dark blue cover showing a girl and a rabbit looking into outer space.

After her initial debuts in Germany and Japan, Shanley's brainchild recently found an English publisher in physicist David Peat's Tuscany-based Pari Publishing and yesterday I received a copy of Alice's quantum adventures in English. Because so many writers have contributed to this book, Alice's adventures span many different fields from quantum theory to modern cosmology to art history presented into twenty chapters. Because of its many different perspectives and styles, Alice and the Quantum Cat is not a book to be gulped down in one sitting but is best approached like a box of assorted chocolates to be savored one by one. My favorite chapter is (not surprisingly) one of my own called Queen Rosie--in which Rosie warns Alice about Science's Patriarchal Biases.
See for yourself. Each copy sold buys a can of cat food for Onyx, my very own quantum cat.
Posted by nick herbert at 5:55 PM 5 comments

The Most Important Truth in the Universe 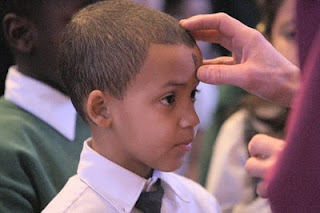 In Columbus, Ohio
During World War II
I was given
The Most Important Truth in the Universe.


On Ash Wednesday 1944
Kneeling at the communion rail,
Father Earl Holzapfel thumbed some holy ash
Out of a golden bowl held by my classmate,
The altar boy Bobby Dolan,
(whose parents came from Ireland)
Smudged the ash across my forehead
And said to Nick in Latin:


The most important truth in the Universe.


Remember, Man,
That thou art dust
And unto dust shalt thou return.


Fine advice for us rowdy boys on St. Joseph's side
But there should have been a second version
For the girls in white dresses kneeling
On Mother Mary's side of the communion rail.


Remember, Woman,
That thou art water
And unto water shalt thou return.


Remember, Woman, thou art air
And unto air shalt thou return.


Unto earth shalt thou return.
And unto fire also.

I respected old Father Holzapfel,
Coated in six layers of holy vestments.
But I knew him also as a person
Running out his back door
To curse us Herbert boys
For using his backyard as shortcut
Between two vacant lots.


When they passed it on to me,
The neighborhood priest and his altar boy,
I failed to recognize that I had been given
The most important truth in the Universe.
(Bobby Dolan fell out of a second-story window
And did not live to see his fourteenth birthday.)


The most important truth in the Universe?
How the hell was I to know?
I was only seven years old.
Posted by nick herbert at 4:44 PM 4 comments

War in Afghanistan: The Path Not Taken 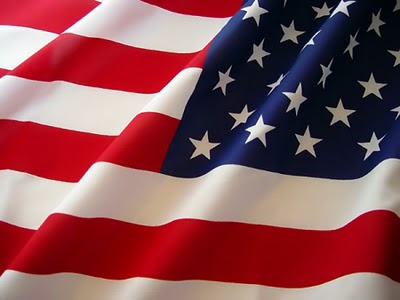 WAR IN AFGHANISTAN:
THE PATH NOT TAKEN

Deliver unto us Osama
Or we will wage peace upon you
We’ll deAfghanicize your people
And turn them all red, white and blue.

We’ll drop fifty-five billion dollars
Upon your turbaned heads
Then a hundred million catalogs
Of cars and bras and beds.

Our Victoria’s Secret weapons
Will smash your Islamic State
While we bring down Afghani computers
With the next Windows upgrade from Gates.

CNN will drown out Al-Jazeera
You’ll get nothing but our point of view
Informed only by Time, Newsweek and Oprah
Afghanis love Tel Aviv too.

To rewire the brains of your people
We don't mind doing stuff that is risky
We'll drop tons of mushrooms and acid
And bomb Afghanistan back to the Sixties.

So deliver unto us Osama
Or we will assimilate you
We’ll exterminate Afghani culture
And turn you all red, white and blue.