MAMMOGRAM
(For Beverly before a breast exam)

To each creature who nurses
and bears its young alive

May you feed, sleep, breed
In season, as you please
Drinking deep of that sweet cup
Peculiar to your species.

May prey be abundant
Your teeth and muscles swift
Ears sharp, eyes clear
May your belly be full
Your blood hot and clairvoyant
May your mind be empty of fear

May every gash
bite
slash
cut be healed
May your wounds make you wise.

And when words finally fail you
All your powers falter
May you flee as Joyful Prey
Before the great Eater of All. 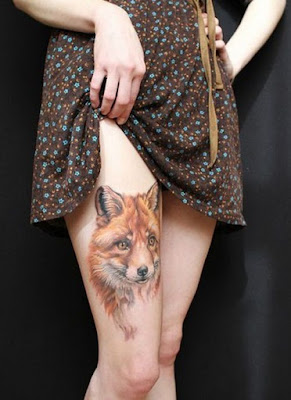 You didn't catch it on TV
K jumped straight out at you and me
Just when the world seemed bleakium.

Half-way between matter and the mind
Far outside the science grind
K connected us all to Unspeakium.

To prospect for alchemic gold
In sites invisible to the old.

New glimpses of the Real are rare:
Khaliqium looks on Nature bare.

When I was in graduate school in the '60s studying for my PhD, I worked in an odd little book shop in Menlo Park called EastWest which eventually turned into the largest occult bookstore on the West Coast. I knew the owners well (the late Virginia and Bill Scharfman) and had unlimited access to books one could never find in a physics library, as well as daily commerce with the kinds of people who read and write such books. It was at EastWest (now under new ownership in Mountain View), along with Aleister Crowley, I Ching, Gurdjieff, Ouspensky, Yogananda, Carlos Castañada and Seth; Manly P. Hall, Madame Blavatsky, soma, peyote, vril, od, blarney, ki, crystal balls and Tarot, that I first found out about the human body's alleged "chakra centers".

Sir John Woodroffe was a British High Court Judge in India who became fascinated with native religious culture and, under the romantic pen name of "Arthur Avalon", wrote several scholarly works about Hindu mysticism, chief of which is The Serpent Power which describes seven psychic centers in the human body ("chakras" or "wheels"). The "serpent power" starts its movement at the lowest root chakra located at the base of the spine, winds its way through each chakra in turn, then exits through the crown chakra at the top of the head, resulting in a powerful experience called "kundalini".

Or so I've read in books.

Why, I wondered, has this curious field not evolved? There used to be only four elements; now there are more than one hundred. How about a twenty-first century update to Arthur Avalon's Serpent Power?

For several years I have been working on possible new additions to the conventional seven chakras -- one scheme featured as many as 68 chakras -- and have recently completed a new collection of chakras that mostly meets my criteria for a new system of body centers.

First: the new chakras must contain the old chakras as a subset. Second: the symbols must be graphically simple as well as suggestive of the body centers they represent. Third: each chakra should possess an "anti-chakra" (similar to an antiparticle in physics) whose symbol is the inverse (colorwise) of its partner chakra. Four: the number of chakras should be small enough to comprehend yet large enough to encompass the whole body in both its physical and (tentatively) its metaphysical aspects.

Since I know almost nothing about tantra except what I have read in books and gathered from a few private lessons passed on to me (sometimes inadvertently) by lovely tantrikas (Many thanks, sweet teachers of the way.), this project is bound to appear amateurish and crude. A more sophisticated version awaits someone more knowledgeable than me.


Here's the latest version (May 2017) of Nick's Chakras -- consisting of 24 chakras, each with its own anti-chakra or partner chakra arranged in four columns. From left to right, these columns represent: 1, Twenty-four Right Limb chakras; 2. Eight Classical chakras; 3. Eight Spinal chakras and 4. Twenty-four Left Limb chakras.

To get a sense of how this works, let's ignore the Limb chakras and begin at the bottom of the Classical chakra column that starts: "Moon, Root, Sex ..."

The Sex chakra is represented by a vertical line, standing for phallus or yoni -- your choice. And Sex's partner is the Throat chakra whose vertical line could stand for vocal cords or lips.

Similarly the Belly chakra is viewed in martial arts as the physical center of gravity; while Belly's partner is the Heart, the center and origin of our emotional stability.

Next we come to the Crown chakra at the top of the head which represents our connection to the divine and to high inspiration. The Crown's partner is the Moon (my innovation) which connects us to the lower sources of life -- to the soil, to the sea and to our ancestors. I'm not sure where in the body to locate the Moon chakra -- whether under the soles of the feet, or at the nape of the neck where the spinal cord enters the bottom of the brain.

Now I hope you are beginning to see how this system works: a few simple symbols each paired with its "opposite" partner.

Let's progress to the top of the Spinal chakra column. And skip for the moment the chakra named Whole Body.

The Thorax is partnered with the Sacrum, each a triangle whose base is connected to powerful limbs, and whose points meet in the small of the back at the Lumbar chakra.

The Lumbar symbol is saddle-shaped to indicate where a saddle would be placed if you were being ridden. Lumbar's partner is the Perineum which is where the saddle would fit if you were doing the riding. In Chinese esoteric systems of body points, the Perineum plays an inordinately important role.

To finish up the Spinal chakras, let's return to the Whole Body chakra at the top of the column. Whole Body means just what it says: being aware of my whole body, symbolized by a little five-limbed cartoon figure. The Whole Body's partner is Body Hole chakra which means being aware of everything that is NOT my body, that is, the whole Universe. I imagine this chakra as representing the entire Cosmos with a small Nick-shaped chunk taken out of it.

So what is this system good for? First of all, notice the cross shape. This arrangement forms a Tantric Crucifix on which to hang your own body, not for torture as in the classic Christian Crucifix, but for whatever bodies can be used for -- for sport, for science, for pleasure, for religion or for play. Nick's Tantric Crucifix visualizes the body in a new way for whatever ends you might want to imagine.

Nick's Chakras offers you a simple way to change all that.

When I'm trying to fall asleep or waiting at the dentist's office, I sometimes silently say a Tantric Rosary.

I usually begin with the Right Limb chakras. Even though there are only four of these chakras, each of them can be unpacked to produce a great deal more.

I begin the Tantric Rosary by paying attention to my Right Thumb, then Index Finger, etc and last of all my whole Right Hand. That's 6 hand chakras in one Hand symbol, to which you can pay successive attention.

Then move to the Arm chakra and do Wrist, Forearm, Elbow, Upper Arm and Shoulder Joint chakras, plus the Whole arm,  giving each of these locations some focused attention. That's 6 arm chakras packed in one Arm symbol.

Next move your mind to the Leg chakra, starting with the Hip Joint and give successive attention to each of the 6 chakras packed into this Leg symbol, ending with the Whole Leg and progressing to the Foot chakra with its 6 sub-chakras, including each of your toes which for most of us have been starving for the slightest taste of your Mind.

After doing my Right Limb (24 chakras to pay attention to, but what else had you planned to do with this time?) I move on to my Left Limb and attend to its needy 24 chakras.

The awareness path you take through the remaining 8 Classical and 8 Spinal chakras is up to you (as is all of this, of course) but a favorite of mine is to take these remaining chakras in pairs, starting with Moon and Crown chakras and divide my attention between them, just to see how it feels. Then I move pair-by-pair through both columns ending on Whole Body-Body Hole, feeling myself at last both as a complete body and as a part of the entire Universe.

The Body of the Universe: nice place to end up after innocently paying attention just to my Right Thumb. And, because consciousness is invisible, nobody even knows I'm doing this!

Much of the time I fall asleep before finishing the Rosary, or I get distracted. Or the dentist calls me in to give some professional attention to a Nick-neglected body part not yet symbolized by a chakra.

Happy May Day, my friends. Mind your body. It's the only one you got.

Posted by nick herbert at 1:11 AM 3 comments