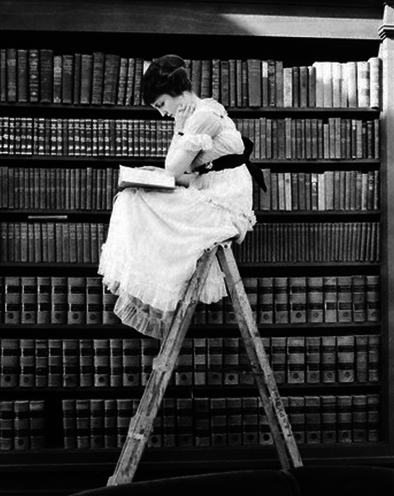 Can you read Hebrew? she asked
As she opened herself
Like the Torah.

Do you understand Arabic? she asked
As she opened herself
Like the Koran.

Do you speak English? she asked
As she opened herself
Like the King James Bible.

Do you happen to know Latin?
As she opened herself
Like the Summa Theologica.

In the late 70s the British Interplanetary Society conducted a feasibility study (called Daedalus) for an unmanned interstellar space craft powered by nuclear reactions and designed to achieve speeds close to that of light itself (approximately 10% of c). The Daedalus study inspired a movie proposal in the 80s that would dramatize NAFAL (nearly as fast as light) travel to other star systems for which I was hired as a science advisor. This film proposal, to be directed by Ken Jenkins and Dixie Quinlin was named the

Starbow Project after an optical illusion produced by NAFAL travel in which for the inhabitants of the ship, the stars seem to form a rainbow-colored band centered around the direction of travel -- the so-called "starbow". Part of my job was to calculate what the starbow would actually look like. The movie was to be an animated cartoon of a round-trip voyage from Earth to two stars on which a successor to the Hubble telescope had detected signatures of life. These two stars formed an equilateral triangle with Earth with sides equal to about 10 light-years. Thus a round-trip voyage at near-light speed would take about 30 years.

However our propulsion system was so advanced (perhaps based on the hypothetical Woodward Effect) that Einstein's relativity effect reduced the subjective travel time by a "gamma factor" of two.
This means that the 30-year round-trip time as seen from Earth would only seem like 15 years to the space travelers themselves.

The quantity gamma ( = γ) is equal to one at slow speeds and gets higher as the ship's velocity approaches the speed of light. At 87% of c, gamma = 2. Gamma is a direct measure of relativistic effects. Not only does time rate on board ship decrease by a factor of gamma, the mass of the ship increases by a factor of gamma. Perceived lengths decrease by the gamma factor (the so-called Lorentz Contraction) and the shape and color of the star bow illusion depends directly on gamma.

In our movie, a planet around the first star is discovered to have primitive forms of life. And on the way to the second star the aliens show up.

I was reminded of the Starbow Project (which floundered due to lack of cash) upon reading a recent paper by Yurtsever & Wilkinson in which they calculate the effect of outside objects on a space craft traveling at near-light speeds (large gamma). For example, Y&W calculate that for a modest speed of gamma = 2, a baseball-sized object weighing 150 grams will possess an impact energy of 36 Megatons. Even a tiny grain of cosmic dust can produce a massive explosion.

If we suppose that our ship can detect and deflect sizable objects, the next problem is the impact of atoms of hydrogen (protons). As far as protons go, it is as if the ship had been placed in a gigantic particle accelerator such as the Large Hadron Collider. At a gamma of 1.3, these protons produce pions when striking the matter of the hull. And at a gamma of 9.1, these protons produce anti-protons upon impact, both of which will shower the inhabitants with radiation.

These sorts of cosmic speed bumps never seemed to bother Captain Picard and the crew of the Star Ship Enterprise. I suppose all these nasty particles are taken care of by the Enterprise's "deflector shields".

Once we have solved the problem of matter drifting into the path of our interstellar ship, the next cosmic speed bump is made of light. The universe is flooded with cosmic background radiation which has been red-shifted by the expansion of the universe into the microwave range. Now our speedy little starship is going to blue-shift that harmless microwave radiation into dangerous X-rays and gamma radiation.

The large-scale production of killer radiation from the cosmic radio background takes place at very high gammas of 100 million or so. At such high speeds, the ship experiences this cosmic light as a kind of thick molasses which tends to slow the ship down. But at speeds lower than that at which the cosmic background becomes viscous and deadly, we are treated to a cosmic light show.

When our ship is traveling at a gamma of 700, the cosmic background becomes visible as a dim red glow in the forward direction. As our speed increases to a gamma of 1400, the cosmic background becomes a rainbow ring which gradually expands leaving a dark central hole filled with frequencies of light higher than the eye can see. As the speed increases, this cosmic starbow expands, then narrows and contracts.

Perhaps someday we will learn to change our bodies into an immaterial form of being that can travel thru the cosmos at any speed less than the speed of light. If we are still able to perceive color in the old familiar way, then Yurtsever and Wilkinson will have gone there before us -- they have calculated the shapes and the colors of the cosmic starbows that such future immaterial beings will perceive.

Sir Terry Pratchett died today at 66 with a cat in his lap, surrounded by his family. He was the author of more than 40 books about Discworld, a far funnier place than Larry Niven's classic Ringworld. (Ringworld is serious physics--held together by gravity and engineering; Discworld is serious parody, held together by magic -- and by Pratchett's unique brand of levity.) Although Pratchett's work  is consistently amusing, I also always feel a bit wiser after reading his stuff. I never met the man, but my nephew, Mark Herbert, while attending a science fiction convention in Memphis, TN, found himself at a party drinking beer and singing songs with Pratchett from the repertoire of Steeleye Span, Terry's favorite music group.

Here are a few Pratchett quotes for your edification.

If you don’t turn your life into a story, you just become a part of someone else’s story.

They say a little knowledge is a dangerous thing, but it's not one half so bad as a lot of ignorance.

Light thinks it travels faster than anything but it is wrong. No matter how fast light travels, it finds the darkness has always got there first, and is waiting for it.

I think perhaps the most important problem is that we are trying to understand the fundamental workings of the universe via a language devised for telling one another where the best fruit is.

Sometimes it is better to light a flamethrower than curse the darkness.

I mean, I wouldn't pay more than a couple of quid to see me, and I'm me.

It is often said that before you die your life passes before your eyes. It is in fact true. It's called living.


Sir Terry Pratchett has brought joy to millions of souls. He will be missed.