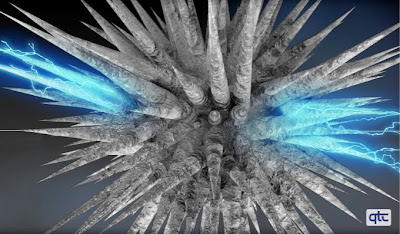 The goal of Quantum Tantra is to contact Nature directly in new more intimate ways informed by the discoveries of quantum physics. Recently (Thanks JOG website) a company called Peratech, located in North Yorkshire, England, seems to have taken a small step towards that goal. They've developed a pressure sensor for robots and other applications whose operation depends upon the quantum tunnelling of electrons between starburst-shaped metal particles embedded in a silicone rubber matrix. Peratech calls their new semiquantum material a Quantum Tunnelling Composite (QTC).

One of the first uses for Peratech's QTC seems to be designing delicate robot touch sensors but it may not be too bold to speculate that extensions of QTC technology might someday lead to a way for humans to directly touch mind-to-mind, connecting my mind to yours in a new kind of quantum-mediated telepathy or to finally achieve the Holy Grail of Quantum Tantra--the direct quantum fusion of human minds and bodies with the Mind (and Body) of Nature Herself.

I want to woo Her not view Her
Pet Reality until She purrs.
Longing to merge with Dame Nature bodily
Yearning to mingle my substance with Hers
And them content with mere observation
Are nothing but Nature's voyeurs.
Posted by nick herbert at 1:11 PM 2 comments 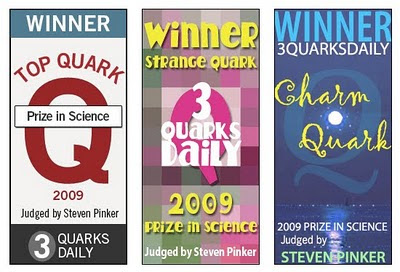 Today 3QD opened nominations for their Arts and Literature Prize which will be judged by former American Poet Laureate Robert Pinsky. I placed one of my poems The New Sex Robot into the running this morning. Voting on entries (limited to 200 nominations) will take place from March 1 to March 7 and the winners will be announced on March 20. Tell all your friends. Support your favorite blogger.
Posted by nick herbert at 8:22 AM 3 comments

A Persian Version of URGE 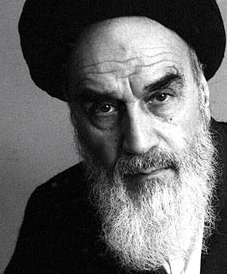 I have become imprisoned, O Beloved,
by the mole on your lip!
I looked in your sad eyes and became sick with love.
Delivered from self,
I beat the drum of ''I am the Real!''
Like al-Hallaj, I became a candidate
for the top of the gallows.
Heartache for the Beloved
has cut so many wounds into my soul
That I have been driven to despair
and become the talk of the bazaar!
Open the tavern door
and let's go there night and day,
For, weary of mosque and seminary,
I've stripped off my robes of asceticism and hypocrisy,
Cloaked myself like a tavern-haunting shaykh
and shamelessly seek the forbidden intoxicant.
The mullahs so tormented me
with their ignorant preachings
That I now find wisdom
in the talk of wine-drenched bums.
Leave me alone to consider
what I worshipped in the past,
I who have been awakened by the bartender's glass.

Ayatollah Ruhollah Khomeini (1902-1989)
translated by William Chittick
reworked by Nick Herbert
It's an old story:
Innately suspicious of official bull shit
The poet seeks out truth for himself.
More here, here and here.
Posted by nick herbert at 1:11 PM 3 comments

URGE: a short opera about reality

In the bardic tradition of Amergin and Taliesin,
Nick Herbert expresses what it feels like to be God.


What critics are saying about URGE:

"...The World as Will and Representation for Dummies...
...Kant's thing-in-itself with a voice and a stein of lager in its hand..."

Many thanks to the following providers of background locations:

A Valentine from Hafeez 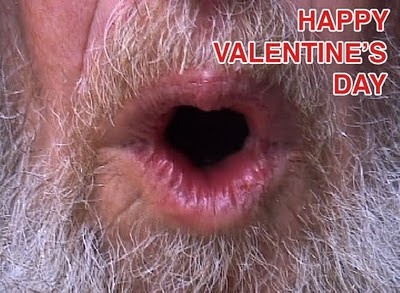 WHY ALL THIS TALK

Why all this talk of the Beloved,
Music and dancing,

And
Liquid ruby-light we can lift in a cup?

Because it is low tide,
A very low tide in this age
And around most hearts.

We are exquisite coral reefs,
Dying when exposed to strange
Elements.

God is the wine-ocean we crave--
We miss

Flowing in and out of our
Pores.

Hafeez (translated by Daniel Ladinsky)
Posted by nick herbert at 12:34 AM 0 comments 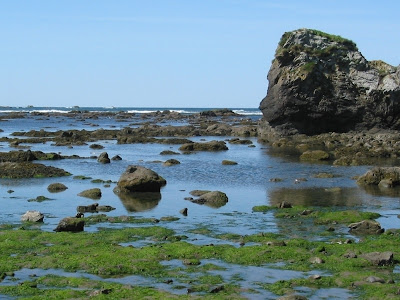 The conversion of light into useful energy in green plants is carried out in two stages: first sunlight is collected by "antenna chlorophyll" optimized for absorption; Next the light energy is transferred to a "reaction chlorophyll complex" where it is transformed into a chemical form useful for running the plant's machinery. Recently an international group of scientists have discovered that, in at least one species of ocean algae, the process of energy transfer between antenna and reaction sites is so efficient that it can only explained by a quantum theoretical mechanism and not by a mere "random walk" as was previously supposed. The original article appeared in Nature but less technical reports have been published in Science Alert and Cosmic Variance.

Some quotes from the Science Alert article:

"The water-dwelling algae are in effect highly miniaturised quantum computers, the study suggests. They have mastered the process of photosynthesis so well that they can convert sunlight into electrical energy with near-perfect efficiency."

"They do so by having their light-harvesting proteins "wired" together through a phenomenon known as quantum coherence, enabling them to transfer energy from one protein to another with lightning-fast speed and so reduce energy loss along the energy conversion pathway."

"Photosynthesis makes use of sunlight to convert carbon dioxide into useful biomass and is vital for life on Earth," the paper notes. "Crucial components for the photosynthetic process are antenna proteins, which absorb light and transmit the resultant excitation energy between molecules to a reaction centre."

"The efficiency of these electronic energy transfers has inspired much work on antenna proteins isolated from photosynthetic organisms to uncover the basic mechanisms at play."

"Intriguingly, recent work by other researchers has documented that light-absorbing molecules in some photosynthetic proteins capture and transfer energy according to quantum-mechanical probability laws instead of classical laws at temperatures up to 180 degrees Kelvin."

"Where our study breaks new ground is that we observe the same quantum coherence at normal room temperature," says Professor Curmi. "Therefore it is occurring in living algae."

"It has been assumed that the energy moves from the light-harvesting protein to the reaction centre by a classical 'random walk' - the way a drunk staggers home from the pub. What we have discovered is that instead of the classical random walk, the light-harvesting proteins use quantum mechanical methods to 'test every possible path simultaneously' before picking the correct path to transfer the energy."

More homage to the marvels of photosynthesis can be found on this blog at Chlorophyll Consecration.
Posted by nick herbert at 11:11 AM 0 comments 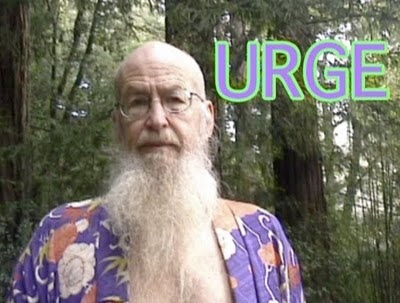 Sometime around Valentine's Day I will be uploading my latest Muse Transmission to YouTube.

It's called "URGE: a short opera about reality".

Philosophers will recognize URGE as a comical expression of Schoperhauer's "World as Will and Representation".

Poets will recognize URGE as an expression of the theme of transmigration of souls epitomized in the works of Amergin and Taliesin.

Modern physicists will recognize URGE as an expression of the supposedly discredited hypothesis of Elemental Mind in Nature which opposes today's fashionable belief that the Universe is governed by nothing but dead, impersonal laws.

The general public will no doubt totally ignore URGE and continue to patronize the Stupid Cat Tricks video which at last view had accumulated more than 16 million hits.

URGE: a short opera about reality.

Look for it here soon on your Quantum Tantra blog.
Posted by nick herbert at 1:35 PM 0 comments 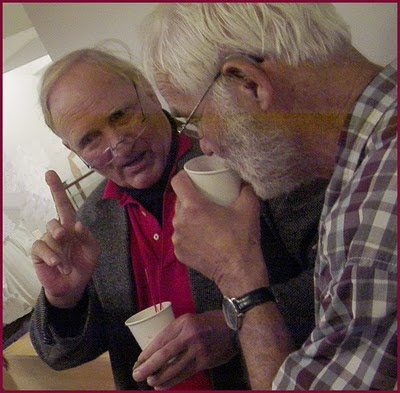 
In how She runs the quantum world, Nature shows off Her crazy inhuman intelligence in a way that continues to baffle the physicist/monks who have learned the math and mastered the
arcane experimental manipulations necessary to "know Her" in the peculiar type of intimacy with Nature known as fundamental physics. In Her physical depths, Nature seems to take a peculiar delight in combining seemingly incompatible opposites with a subtlety and ease that no human designer could have imagined let alone accomplish. Her Universe, for instance, is based on utter randomness at the bottom governed by strict determinism at the top. Bravo! But wait, there's more. Effortlessly She combines in every one of Her creations both spread-out oscillating wavyness and minuscule, unwavering particleness, in a manner that physicists still find puzzling after more than a century of familiarity with Her habits in this regard. How does She manage to do this? As yet we really can't say.

I describe the origins of entanglement in Quantum Reality, and also recommend a very engaging recent book Age of Entanglement by Louisa Gilder.

Entanglement was first uncovered in quantum theory by Erwin Schrödinger in 1935 but only directly subjected to experimental test forty years later, first by John Clauser at Berkeley and later in increasing sophisticated variations by several others, notably Alain Aspect in France and Anton Zeilinger in Austria. Recently, these three men were awarded the Wolf Prize for their work in experimentally probing Nature's over-the-top style of match-making. Congratulations, guys! 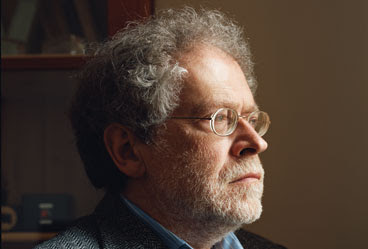