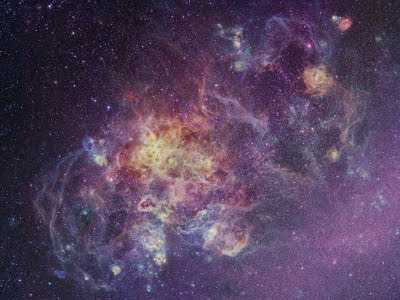 THE FERMI PARADOX
I flew to Arecibo
and told the folks at SETI:
they laughed.
I drove to Washington
and told the Air Force brass:
they showed me the door.
So I gave up on experts
and now I'm telling you:
The sole reason the aliens
haven't contacted us yet
is their universal taboo
against child molestation. 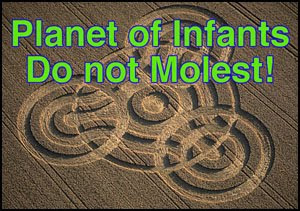 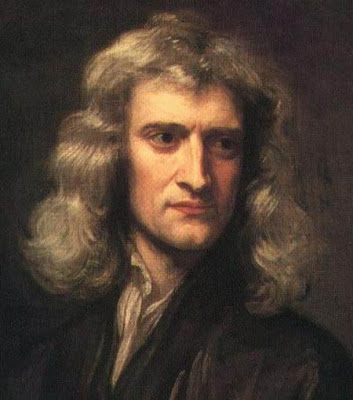 I remember when Saul-Paul Sirag in his digs in Berkeley used to reminisce about the 17th century when Science Was Illegal. Well, maybe not quite illegal but highly suspicious and exciting--a bright new heresy shining in the midst of murky church superstitions. Universities then were mostly training grounds for clergymen. The embryonic science was being created by amateurs in coffee shops. And the hot new mind-altering drug was caffeine.

At Bruce Damer's insistence (Bruce is a Boulder Creek polyscientist and proprietor of the Digibarn who dresses like a 17th century courtier and drives a sea-green Element) I have begun to read Neal Stephenson's Baroque Cycle which deals with just this part of science history in novel form.

At the core of Neal's novel is the founding of the Royal Society of London and the intellectual feud between Newton and Leibnitz. The book is also a splendid travel guide to the great cities of London, Paris and Amsterdam and explodes with finely researched details of the sights, sounds and smells which informed the daily lives of the high and the lowly of those bygone days.

Instead of straight-ahead bios of Newton and Leibnitz, Stephenson uses the Rosenkranz and Guildenstern plot device of making the lives of minor characters his central focus and looking at the more famous scientists through the eyes of these bit players.

One of Stephenson's main characters is the fictional Daniel Waterhouse, a Puritan who rises to become secretary of the Royal Society but in the beginning he is Newton's roommate at Trinity. What might it be like to be Isaac Newton's college roommate? Stephenson shows us in vivid detail.

Via Waterhouse we meet all the famous--and quite eccentric--early scientists such as Robert Hooke, Robert Boyle, Christian Huygens, Leibnitz, Christopher Wren. In a way they are all Mad Scientists--non-fictional Doctor Manhattans who once really walked the Earth--strongly obsessed personalities all mixed up in a flavorful stew of theology, alchemy, preposterous new visions of the world and the tumultuous politics of those times.

Wonderful book (There are three big volumes in the Baroque Cycle: Quicksilver is the first.) I can't put this book down.

Rarely has the raw excitement of doing edge science been portrayed so well--and in those days everything was edge science. Saul-Paul would be pleased.

PS: True to the times there's loads of busty hussies and lustful wenching for those who enjoy such stuff.
Posted by nick herbert at 11:11 AM 0 comments

Ten Equations That Changed the World 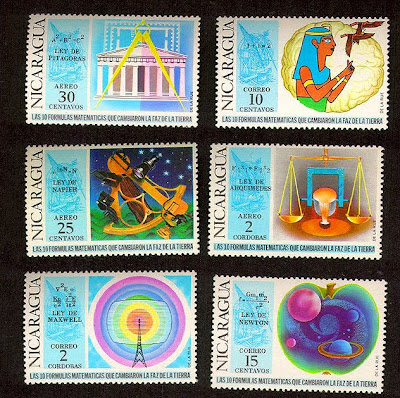 In 1971, the government of Nicaragua issued a series of stamps entitled "Ten Equations That Changed the Face of the World". Several years ago my friend the legendary Saul-Paul Sirag gave me a set of these stamps for my birthday and I recently ran across them in my files while looking for something else. One might quibble with the inclusion of a few of these equations (I would have replaced the DeBroglie relation with Schrödinger's Equation, for instance and Einstein's General Relativity Equation could easily have nudged out Napier's Law) but by and large the designers of these stamps have covered all the bases.

#1. Each of these stamps honors some famous scientist but history has remained silent concerning the identity of the person who invented 1 + 1 = 2.

#2. Pythagorus's Theorem relating the lengths of the sides of a right triangle.

#3. Archimedes's Law describing the action of the lever--quantifies how a little force can lift a heavy object.

#4. Napier's Law for constructing logarithms, an important calculation tool whose utility was diminished only by the invention of modern computers.

#7. Boltzmann's Law of thermodynamic--sets limits on the efficiency of steam engines and other devices that use heat as a motive power.

#10. DeBroglie's relation for the wavelength of a particle of matter--one of the foundation equations of quantum theory.

More information on these stamps and others that honor achievements in science can be found at the University of Buffalo library site. 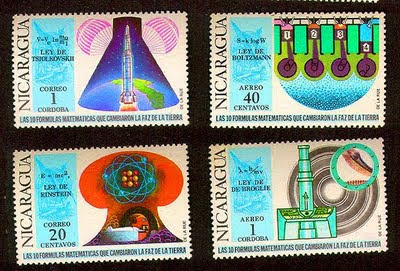 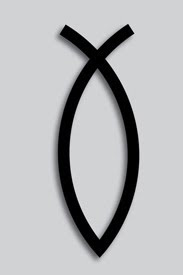 Praise the Holy Source of Nourishment
Honor Hathor, Egypt's Sacred Cow
Praise Her Milk, Her Breasts, Her Udders
And press your lips to sticky Ichthos now. 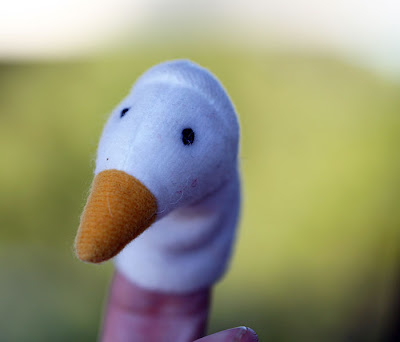 Flourish of trumpets. A new issue of Rudy Rucker's FLURB has arrived.

A is for Allah

The Man Who Fell for the Universe 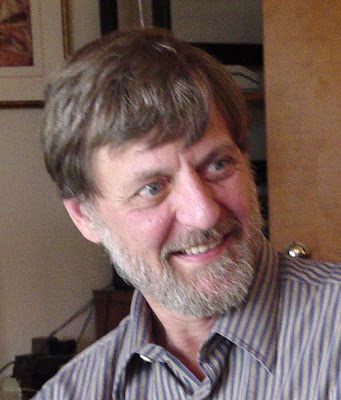 The Man Who Fell for the Universe
for Nick Herbert

Over fifty years he has courted her,
plainly smitten. Having also
been ravished by her
beauty, I understand.
We woo our dreams as we must
and not always know
how we have pleased or not.
Now he comes to ask me
how to begin with her—
as if I, a fellow fool
for her, might know.

My old advice: Bring
her to laughter,
which is a form of surrender
involving the lips and tongue,
a convulsive cry
and a rush of pleasure
shared.

Second: Offer secrets
that yours might mingle
with hers and beget more.

But if she is silent?

This I know for a fact:
she has whispered to him
things we may never understand,
and like a seahorse stallion
he has borne and reared them
as her and his children.
So many, but I cite two:
the shortest proof of Bell’s Theorem
and the explanation of the most plausible
theory of consciousness I know.

Ah what nights, what blazing kisses,
darting tongues, guiding hands
and moans of ecstatic congress
we cannot know, but all these
children flourishing in the world
do testify.

Len Anderson is a Live Oak poet, recovering physicist
and one of the movers and shakers of Poetry Santa Cruz.
He is married to Elke Maus.
Posted by nick herbert at 10:35 PM 2 comments 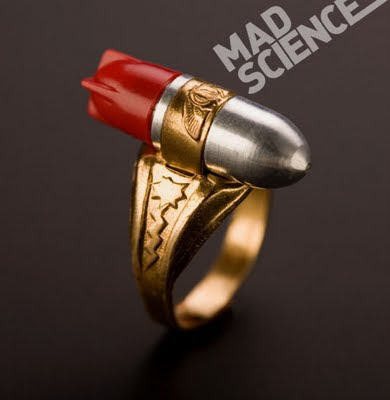 Anyone remember owning one of these Lone Ranger Atomic Rings? I was probably about 13 years old and either ordered one though the mail for a quarter and a cereal box or perhaps pestered my mom to buy Kix cereal so I could get the ring inside.

All by itself, it's a pretty cool looking ring, but there's more. The Lone Ranger Atomic Ring lets kids look at atoms. How many thirteen year olds get to do that today? In a darkened room you pull off the red plastic fins and thru a small lens you get a magnified view of a white screen which sparkles several times a minute. Each spark is caused by the decay product (probably an alpha ray) of a radioisotope (probably Radium) which leaves a glowing track in a phosphor--a material that turns the energy of a charged particle into light. Phosphers are what lights up your obsolete CRT screen as well as fluorescent lights. I used to take my Atomic Ring to bed with me, pull the covers over my head and watch radioactive nuclei disintegrate. As a physicist many years later I was given the chance to meddle with many more kinds of radioactive materials and even made some of my own with a research reactor at Ohio State University and a Van De Graaf accelerator at Stanford.

I had completely forgotten about my youthful experiences with radioactivity until I read John Walker's review of Mad Science by Theo Gray--a book full of fascinating, awe-inspiring and truly dangerous physics and chemistry experiments. The chapter on how to make your own cloud chamber with a pint of vodka and some dry ice includes a picture of the Atomic Ring and the information that American kids in 1947 could purchase their own radioisotopes for the price of a box of Kix cereal. I remember the ring, I remember seeing the flashes, but what I can't recall is what the Atomic Ring had to do with the Lone Ranger and Tonto whose activities preceded the atomic age by decades.

More info here including a lurid advertisement. Apparently Polonium was the radioactive source.
Posted by nick herbert at 7:49 AM 2 comments