Esalen Institute co-founder Mike Murphy celebrates his 80th birthday this month which will no doubt inspire many stories about the man. Here's one more anecdote for the mix.

In the aftermath of some gathering at Esalen, Mike Murphy suggested that we all go out for supper at Helmuth Deetjen's Big Sur Inn, a rustic, gemütlich restaurant a few miles north of Esalen on Big Sur's Highway 1.

Reviewing Big Sur Inn for Sunset Magazine, Peter Fish remarked: "In a region renowned for its rugged eccentrics, Helmuth, late of Bergen, Norway, more than held his own. Big Sur Inn sits midway down the Big Sur coast, an hour south of Monterey. It's a grouping of board-and-batten shacks that from many angles resembles a shipwreck. Through the years, Deetjen's drew both Big Sur locals and imported literary types like Henry Miller, and acquired a character that verged on the cranky, much like that of its pipe-smoking, Nietzsche-quoting owner."

For the dinner party at Deetjen's Mike selected a few bottles of wine from his private collection and brought them along. When the waitress came to our table, Mike asked if he could speak to the proprietor. From a back room emerged old Helmuth Deetjen, wondering what these kids from Esalen had up their sleeves this time. Mike puts his bottles on the table and asks Deetjen's permission to uncork his wine.

"Fine with me," replied old man Deetjen. "Just so long as I don't have to drink it."
Posted by nick herbert at 11:11 PM 1 comments 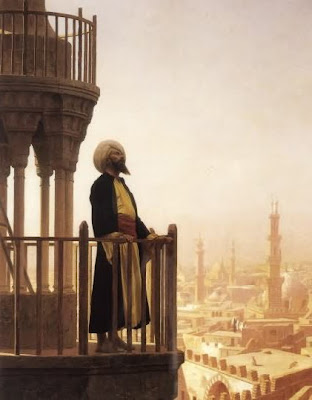 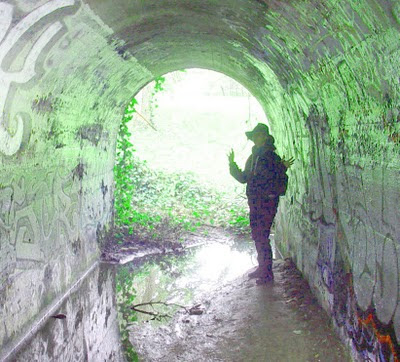 OPENING NIGHT
(Happy Birthday, Michael Murphy)
I'd yearned to be the first
To part Her Hidden Doors
The first to glimpse that Part of Her
No man had glimpsed before.

And this was the night that it happened:
Miss Universe joyfully opened to view
The right place, the right timing,
the right drugs and foreplay
The right physics, right chemistry,
the right Me and You.

It's bigger than both of us--you and I cried
As our bodies and souls got connected
Sure, quantum entanglement provided a clue
But not in the ways we'd expected.

The Cosmological Sweetness
Came out to greet us
From the opposite side of the scenery
She opened our hearts
Kissed our dear private parts
As She gathered us into Her Greenery.

Come inside--She telepathically whispered
I'm fully open at last!
You could have enjoyed Me ages ago
If you'd only just known how to ask.

I was a Hidden Treasure
And I yearned to be uncovered.
I craved to be seen, known, played with
To be worshiped like a Lover.

You've finally learned to ask the right question
In your touchingly awkward and blundering way
Come take your fill of My long-hidden pleasures
I so love to give them, to give them away.

We were taken in as a twosome
And Lover Nature made us three
But what we found inside Her Nest
Was monogamous polygamy.

Where spread-out wave and tiny particle
Were jokes for the physicist
Where "here" and "there" and "you" and "me"
Playfully non-exist.

Where beings all over the galaxy
Meet in sensuous rendezvous
Where the Ultimate Meaning of Everything
Seemed as easy as two plus two.

Now back with you on terra firma
Waltzing with the next disaster
Our minds obsessed with but one thought:
What was that question that we asked Her?
Posted by nick herbert at 1:23 AM 3 comments 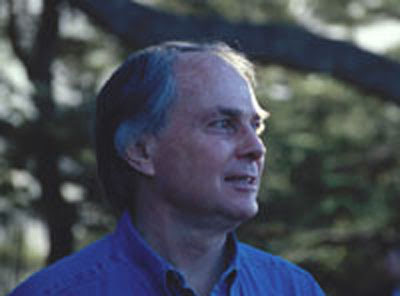 What is it about the Irish and altered states? From William Butler Yeats's fascination with the mystical Order of the Golden Dawn, to Tim Leary's public love affair with LSD, to silver-tongued Terence McKenna's devotion to Magic Mushrooms, to Michael Murphy's co-founding of Esalen Institute (which some have called the Large Hadron Collider of the human spirit), a lot of Irishmen in our time have participated in the Great Work--the project to expand human awareness and explore our unrealized potentials.

Through his many books, which include Golf in the Kingdom, Jacob Atabet, The Future of the Body, In the Zone (with Rhea White) and (with George Leonard) The Life We Are Given, Murphy has expressed his visionary insights and has been working to bring them to fruition both through his own practices and through the efforts of Esalen.

Since 1963, Esalen Institute has been the leader in numerous areas of consciousness research including imaginative citizen connections with Russia and China, innovative psychological techniques such as gestalt, encounter and psychedelic therapies, new ways of incorporating the body itself into the academic body of knowledge--all this in context of the legendary beauty of Esalen's grounds and its fabulous baths.

In 1976 Michael Murphy had the brain storm to invite a group of physicists to Big Sur both to "put some spine in Esalen" and to observe how these "masters of matter" might be inspired by mixing it up with Esalen's own masters and mistresses of the mind and body arts.

Announcing the physics project in the Esalen catalog, Mike expressed his hopes this way:

Perhaps a new kind of inspired physicist, experienced in the yogic modes of perception, might arise to comprehend the further reaches of matter, space and time. A physicist (if he were still called that) trained in yogic perception would compare his discoveries with those derived from today's "normal" physics, and there would probably be a "principle of complementarity" existing between the insights derived from the various consciousness states, "normal" and "yogic". Physics would be entirely empirical (in this broadened sense), its findings with instruments ranging from the ordinary senses and their physical extensions (telescopes, radar, etc.) to the subtle yogic ways (indriyas) of apprehending the universe.

It was my good fortune to participate in Mike's Esalen physics initiative for more than a dozen years, and while we have yet to produce our first "yogic physicist", my "quantum tantric" search for a radically new way of doing science was certainly inspired by those Murphy-initiated encounters with other physicists and meetings with splendid Esalen denizens in the Big House, in the gardens, in the lodge and especially in the baths.

Michael Murphy is one of the most innovative and optimistic people I know. He brims with enthusiasm and you cannot help but be carried away by his youthful zest to climb the highest peak, descend the deepest cavern, break down stale old barriers, open up the mind and body to fresh new explorations.

A most remarkable human being--Michael Murphy. Today he celebrates his 80th birthday.


Happy Birthday, Michael.
May you continue, bold Celtic soul,
To follow the Gleam!
Posted by nick herbert at 1:11 AM 1 comments