DK's scheme involved erasing Bob's which-path information by adding a number-uncertain (weak coherent) state to Bob's paths that produced an essential ambiguity as to which path the photon took. Kalamidas claimed that when this ambiguity was present at Bob's detectors, interference fringes would appear at Alice's distant detectors, without the need for a coincidence signal triggered by Bob's detector outputs. Kalamidas's scheme was not exact but involved two plausible approximations.

A different refutation by GianCarlo Ghirardi showed that if all photon operations are unitary, then an EXACT calculation shows that no FTL signaling is possible. However Ghirardi's proof is quite general and does not come to grips with the actual details of the Kalamidas scheme.

Next John Howell at University of Rochester examined a version of the Kalamidas scheme that involves adding a coherent state |A> to a single-photon Fock state |1> to create a displaced Fock state (DFS). Howell showed that an EXACT calculation of this DFS scheme leads to no FTL signaling.

So now a question arises: what is the correct output state (DFS or PACS) that emerges from a beam splitter when a coherent state |A> enters at one port and a Fock state |1> enters at the other?

This question was answered by Martin Suda at Austrian Institute of Technology who showed that BOTH OUTPUTS ARE CORRECT. The output of a beam splitter can be correctly described as an entanglement of DFS or of PACS states--a result I have dubbed the Martin Suda Equality. Even tho the relevant Boson operators do not commute, the Stokes relation for beam splitters "magically cancels" out the commutator and leads to this remarkable result.

That would seem to have settled the matter, Gerry's calculation uses the same PACS states as Kalamidas and shows no FTL signaling. But, at least in my mind, one stumbling block remained: if Kalamidas's approximate calculation is wrong, then where is his mistake? Many of us have searched for this mistake (including myself, Howell, Suda and Gerry) without success.

Now I believe I have found it--not a mistake, but a way of looking at the Kalamidas proposal that exposes its crucial flaw.

Suppose (since none of us can refute it), that Kalamidas's calculation is correct. He has found an approximation scheme that yields true FTL signaling. What this means is that, if you coincidence-trigger on all Bob's terms of the Kalamidas approximation, you will generate interference in Alice's detectors.

But, even assuming Kalamidas's calculation is correct, he still loses the game, because for his scheme to work (since it is only approximate) it necessarily requires coincidence triggering. Because we know from the results of Ghirardi, Howell and Gerry, that the EXACT calculations show no sign of FTL signaling.

Therefore, using his own criterion (no coincidence triggering), the Kalamidas scheme must fail.

Besides the excitement generated by his clever new FTL signaling scheme, and a renewed excuse to delve into the details of Boson calculus, the most notable outcome of the Kalamidas affair seems to have been the discovery of the surprising "Martin Suda Equality". 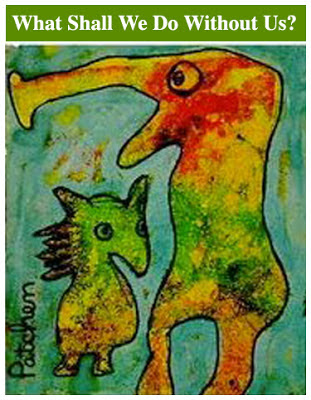 To blush perpetually in gaping innocence
To drift happily
through the ruined race-intelligence
To burrow beneath the subconscious
To defend the unreal at the cost of his reason
To obey each outrageous impulse
To commit his company to all enchantments.

The sea is awash with roses

O love, it is so little we know of pleasure
Pleasure that lasts as the snow 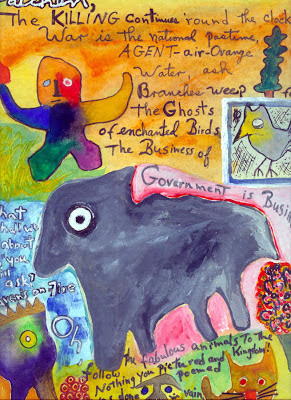