Tantric Table of the Elements (7) 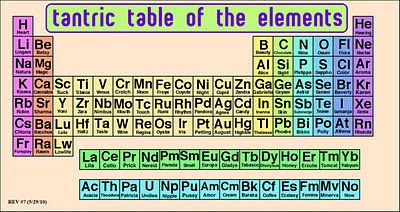 Tantric Table of the Elements: Revision #7 (Click to enlarge)
See also Elements of Tantra and 99 Names of Goddess.
An earlier version of this table
was exhibited at
The Poet's Eye/The Artist's Tongue Show
at Mountain Arts Center in Ben Lomond. CA.
I welcome suggestions for new elements.
Posted by nick herbert at 11:11 AM 1 comments 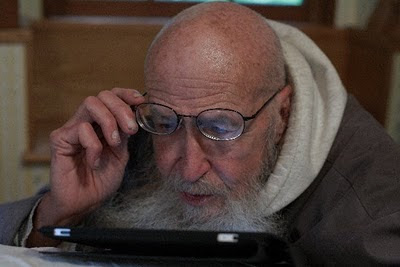 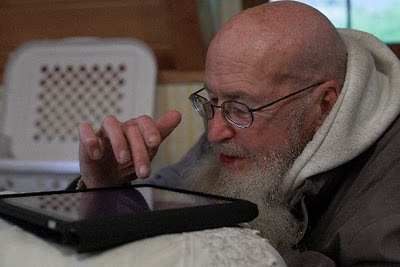 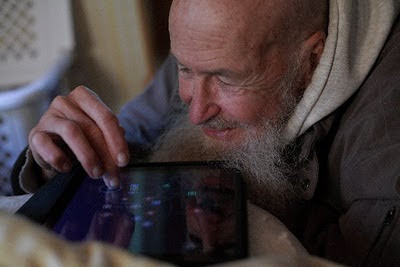 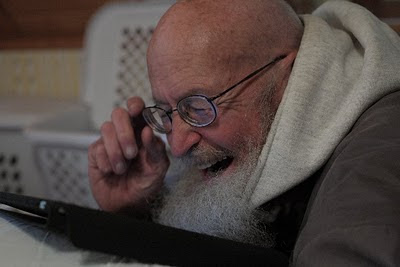 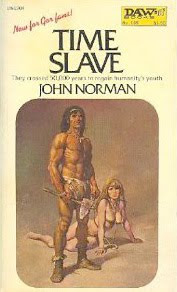 John Norman is a writer of speculative fiction whose concerns are mainly male/female relations. Norman's work has been widely criticized by feminists and his work described as grossly unrealistic male fantasy fiction--the male counterpart of female romance fantasy. The fact that romance novels sell in the millions means that something in romance fantasy touches some unsatisfied part of the female soul. Likewise with Norman's male fantasy fiction. What is lacking in today's men? What does it mean to be a "real male"? A close reading of popular male/female fantasies, I feel, cannot help but shed a fresh light on actual male/female reality. Time Slave is a kind of Clan of the Cave Bear for men.

Rereading Norman's Time Slave I was moved to write a review but felt I could not surpass this Amazon piece by Don G. Schley (doktor don) which I excerpt here:

"Time Slave offers a fresh, new venue for Norman to present the degradation of human dignity in the grey web of modern, sterile Western civilization, where men are emasculated and women have lost their femininity.

In Time Slave, the brilliant and driven Danish scientist, Herjellsen, lures his colleague, the beautiful mathematician, Dr. Brenda Hamilton from Cal Tech, to work on a project in Africa. This project is the construction of a time machine, and Herjellsen's secret purpose is to send someone back in time to "rectify a mistake" in man's genetic heritage. This person, it turns out, is Dr. Hamilton. There, stripped and kept in a cell in the bush, tormented and threatened with sexual assault by Gunther, Herjellsen's German assistant, she is finally sent back to the Cro-Magnon period without any real knowledge of her goal.

There she is captured by a strong hunter from a Tribe called simply "the Men", who are a hunter-gatherer group competing with (and struggling against) other groups such as primitive herdsmen, and the contemptible "weasel people". Hamilton's adjustment to life in the camp, and the shock of her lowly status, take a toll on her modern pretensions. Nonetheless, Tree, the hunter who captured her in the first place, works to make Hamilton into a real woman, in touch with her senses, and alive to the strong sensuality that flows within her being. Indeed, it is through her subjugation to the men of the Tribe, and especially through the efforts of her lover, Tree, that Hamilton recovers her true sense of womanhood, and becomes a full-fledged woman of "the Men" and a member of the Tribe...

Despite what I perceive as a flaw in logic [Norman's fictional scientists believe what humanity needs is an injection of modern genes rather than more Cro-Magnon DNA], Time Slave forces the reader to think about what has become of the strong genes of hunter-gatherer groups that survived and even prospered to propagate the race in that world of pre-civilization. Moreover, this new setting gives Norman a chance to raise the issue of a "natural philosophy" afresh, and with new elements. For instance, Time Slave has as a major undercurrent, man's need to explore, to transcend his current reality, and ultimately to reach to the stars...

Today's soft, Western world is too busy creating the socialist caretaker state to invest the time and energy necessary for space travel. Instead, we promulgate a system that rewards and supports those least genetically capable of survival in the natural realm (those who comprise the welfare class) while withdrawing support from the adventurous who reflect our true ancestry and with whom the future of humanity lies. Norman depicts modern humanity as torn between the proponents of security, who would stifle and shut off the risk-taking necessary for our long-term survival as a species, and those few bold persons who retain within their make-up the heritage of hunters, adventurers, explorers, and Masters ...

Today, public funding of NASA projects is increasingly doubtful, more and more persons cry for intensive socialization, strong aggressive and even defensive behaviors are being "trained" out of American males through the public school systems, with their "zero-tolerance" policies and enforced administration of drugs such as Ritalin to settle boys down. In such an era, Time Slave is a must-read for the man and woman who do not want to be lost in this world of insipid and meaningless routine, where conformity to idiotic, commercial-generated norms and the pursuit of existence for its own sake have replaced the struggle to survive and remain strong. I thus recommend this book to everyone who shares Norman's prescient insight into the pathology of modern civilization, and into the fading but still present virtue of our natural genetic heritage."

Caution: As with any other myth concerning the relations between men and women, Norman's work needs to be taken with a very big grain of salt.
Posted by nick herbert at 1:11 PM 2 comments 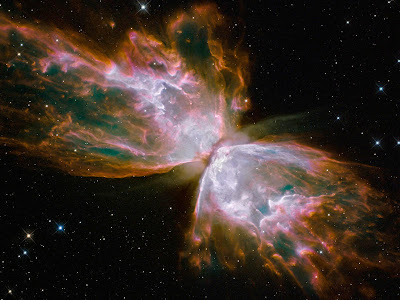 The other night on ecstasy
God the Father spoke to me:

Out of inexplicable nothingness
I struck the primal spark.
I barely knew what I was doing.
I was working in the dark.

Do you covet Natura Naturans?
I really hope you do.
I fell in love with my own creation
When time and space were new.

So please see, hear, smell and taste Her
Caress Her Highness dusk to dawn
With new quantum senses She will teach you
When you get your mojo on.

Posted by nick herbert at 1:11 AM 1 comments