You wanna play around with nitrous. Nick?
Or do you want the real thing?
The big D?
Betsy and Heinz:
braver than me
My mother and my father
were braver than me.

Experience Big D:
Not LSD, not ketamine, not nitrous oxide
But the Real Thing.

Not just fucking around
With sex: with the little death
with flesh, touch and ecstasy
with the dissolving of boundaries
between human beings.

Not just experimenting
With drugs: with the terror, the ego dissolution
With the colors, the visions
The mergings with others.
None of that
None of that kid stuff.
Are you brave enough
to experience the Big D?

None of that kid stuff
Sex, drugs and quantum physics--
the partial dissolvings
into the natural world.
The recreational explorations
The playful dissolutions:
wordless, scary, inexplicable.
But always coming home.

None of that kid stuff
Are you willing to experience
Big D?

Big D:
Total disengagement
from this habitual universe --
The end of the affair
The last goodbye
The final dissolution.

Are you willing and ready
to take the quantum leap?
Big D:
No more kid stuff

No more kid stuff, my friend.
This is the Real Thing.
You want Reality?
This is it.
Posted by nick herbert at 4:44 PM 3 comments 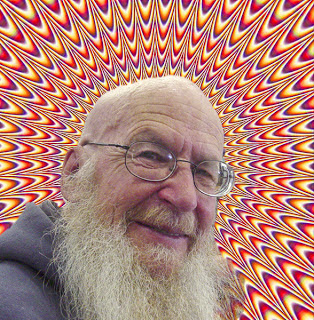 Nick's achieved the impossible feat ---
Weaned himself from the Classical Teat
Now he knows where it's at
With Schrödinger's Cat
But needs help in crossing the street.

See also:
What is Reality?
Quantum Realism and Quantum Surrealism
Quantum Magic Confirmed
How to Quantum-Entangle Human Beings
A Book About Reality. 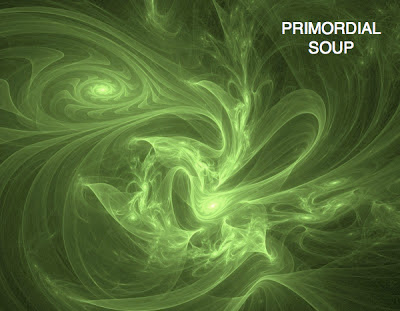 
Quantum mechanics is the most successful theory of the physical world that mankind has ever possessed. Its domain is the entire physical world -- from the tiniest quark to the largest neutron star -- and wherever it can be tested, it has never been wrong.

However the spectacular successes of quantum mechanics comes with a steep philosophical price -- use this theory, give up "reality".

What does it mean: "give up reality"? Certainly the world itself still exists and quantum mechanics excellently predicts the results of all experiments we can imagine doing in this world. This world seems "real enough" and we now have immense control over it. What more could one ask?

What one could ask is a "plausible story" that tells us "what's happening" in the world. One could ask "Behind all the fancy mathematics what's really going on in the quantum world?" And to this "reality question", quantum theory conspicuously fails to give an answer. In graduate school the classic answer our teachers gave to the quantum reality question was effectively "Shut up and calculate."

What better question with which to begin the New Year -- What is Reality? And who better to ask than a conference of physicists gathered together in a former monastery on Lake Traunsee in Austria to discuss "Quantum Physics and the Nature of Reality".

To assay the current opinions among quantum physicists regarding the Nature of Reality, physicist Anton Zeilinger and a few colleagues devised a multiple-choice test whose results they recently published in the physics arXiv.

The major result of this poll was the immense disagreement between these experts about questions having to do with "what's really going on" in the world. Two of the most popular realities were Copenhagen Interpretation (42%) and Many-Worlds Interpretation (18%). But of course Nature is not democratic and her reality is not determined by a popularity contest.

Some time ago I wrote a book about Quantum Reality describing some of the many possible stories that physicists have invented to describe what really might be going on behind the mathematics. Although many subtle and beautiful experiments have since been carried out to probe "reality questions" -- many of them carried out by the authors of this survey -- the question is still very much up in the air. When I wrote that book, physicists were confused about the nature of reality. What this poll shows is that even after many quantum-reality-probing experiments we are still confused, but now our confusion is deeper than before.
Posted by nick herbert at 11:11 PM 1 comments

It's customary at the beginning of the New Year to review the events of the Year Past. And Quantum Tantra Blog with its nose in the future and its ass in the past is no exception. The year 2012 witnessed many innovations some of which were recorded in this web journal, others of which were too personal, too complex or too unspeakable to put into words.

In Quantum Tantra 2012, I recorded three of the most profound experiences of my life — a near-death experience with fellow Stanford physicist Chuck Buchanan on Mt Shasta, a meeting with a discarnate "Angel" in Berkeley long before I had even heard of psychedelics. And a first contact with the Galactic Telepaths triggered by smoking half a joint of very low-grade 60s-quality marijuana.

On the literary front, 2012 celebrated the publication of Richard Grossinger's magnum opus on consciousness, the three-volume Dark Pool of Light, to which Nick Herbert and Jeffrey Kripal each contributed prefaces. Sci-fi impresario Rudy Rucker reprinted (in both print and ebook) the amazingly unappreciated psychedelic classic Be Not Content by William Craddock. Nick added another original Feghoot story to the canon. And the Quantum Tantric Most Twisted Story of 2012 Award goes to James Worrad's sublime Eye-High published in Rudy Rucker's überbizarre online zine Flurb.

2012 marked the 10th anniversary of my wife Betsy's death which I memorialize here.

And then a film crew invaded the sanctity of Nick's Quantum Tantra Ashram to capture more scenes for Supernature, a movie-history of Esalen Institute in which myself and Saul-Paul Sirag played a small but essential part.

On top of this, Australian multimedia artist Lynden Stone was inspired by my Metaphase Typewriter — a quantum-based language generator Nick devised in the 70s as a possible physical channel to discarnate beings (reported in some detail in David Kaiser's best-selling How the Hippies Saved Physics). Lynden conceived the Metaphase Revival Project and reproduced Nick's Metaphase Typewriter (using modern ready-made hardware rather than starting from scratch as I did in the 70s) as an Art Project which she exhibited as artist-in-residence from Queensland at Philadelphia's Crane Gallery as Encounters with Quantum in conjunction with conceptual artist Jon Keats's equally innovative Quantum Marriage — a brand-new human linkage ceremony based on quantum entanglement.

On my own creative front, besides publishing Harlot Nature and a new Feghoot story, Nick presented interim results of his long-term project to expand the number of body chakras — to 48, a seven-fold extension of the 7 classical chakras. Nick also discovered that half-baked proposals for faster-than-light signaling schemes based on "over-complete, non-orthogonal bases" could be directly tested on the simplest version of quantum teleportation which produces such base states naturally as a consequence of the Hilbert-space dimensionality asymmetry between Alice and Bob — the conventional would-be FTL signalers — whose instruments are linked by a quantum-entangled photon pair.

As a finale to the year 2012, Nick discovered YIDD — a brand-new Ukrainian feast day. And for dessert (Happy New Year!) published a little known argument by physicist Erwin (the Cat-in-the-Box man) Schrödinger purporting to prove the existence of God.

Happy New Year to all my friends. May this new year be full for you of many happy surprises. 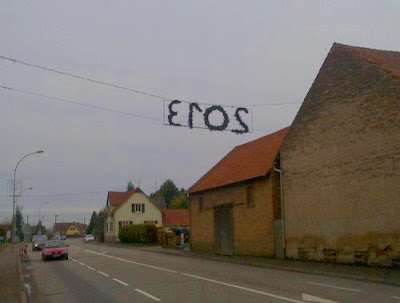 Posted by nick herbert at 1:11 AM 8 comments