Back in the 1950s Reader's Digest ran a monthly feature "The Most Unforgettable Character I've Ever Met". In my long life I've met many such characters but Saul-Paul Sirag must be near the top of the list.

Saul-Paul was born in Borneo of Dutch-American parents who were fundamentalist Baptist missionaries to the Dayak headhunters. When Japanese troops occupied Indonesia in 1942, they imprisoned Saul-Paul, his older brother Mark and their mother Sylvia in the Banju Biru concentration camp in Java. His father, William, was interned in a separate camp where he died before the end of the war. Each morning the occupants of the camp had to line up in front of their cell blocks to count off in Japanese. I like to think that this prison-camp countdown was Saul-Paul's first experience of an exotic form of mathematics.

Back in the States, Saul-Paul was educated in various ultra-conservative Baptist schools, most notably Christ's Home in Warminster, PA and Prairie Bible Institute in Three Hills, Alberta, Canada. During high school in Canada both he and his younger brother David showed exceptional interest and ability in physics and math. In 1960 Saul-Paul graduated from PBI and soon ended up in Berkeley (Berkeley in the 1960s!) where he continued his science education but also befriended a number of artists and musicians, notably Don Buchla and Charles MacDermed.

Energized by 1960s Berkeley, Saul-Paul moved to New York City where he reviewed books, wrote and acted in plays at La MaMa in the East Village, participated in an Andy Warhol Fashion show and, by his own account, inspired a Broadway hit: "Jerry Ragni, who wrote Hair, told me that he got the idea while watching me dance to the Grateful Dead in the East Village." Ah, Saul-Paul Sirag: woolly-headed icon of the Age of Aquarius.

By the early 1970s Saul-Paul was back in Berkeley where he resided at Arthur Young's Institute for the Study of Consciousness (ISC) on Benvenue Street, a kind of boarding house and meeting hall for people interested in the mystery of human awareness. I first met Saul-Paul in 1973 at ISC and was impressed by his uniqueness. Everyone was into Tarot cards at the time but Saul-Paul had created his own private deck, made up of images (including porn) that had significance only to Saul-Paul himself. Saul-Paul was privately schooling himself in math and physics and was writing a popular science column called "The New Alchemy" which was syndicated in college newspapers. ISC was a nexus for people interested in ordinary and altered states. And through Saul-Paul and his friends at ISC I was able to meet many smart people who helped me write my own book on consciousness.

Saul-Paul's room at ISC was stacked floor to ceiling with unusual books. One of my favorite finds in the Sirag scriptorum was a German-language edition of John von Neumann's classic Mathematical Foundations of Quantum Mechanics which announces behind the title page: "Copyright Vested in the U.S. Alien Property Custodian 1943, Pursuant to Law." I don't know exactly what this means but it conjures up the image of a famous German physics book seized by the Allies as "spoils of war." ISC was only a few blocks from the UC Berkeley campus. No day spent with S-P was ever complete without a jolly tour of campus bookstores in search of exotic codices. This was before the Internet, when bookstores in Berkeley were as common as pizza shops.

Saul-Paul was a founding member of the Consciousness Theory Group (CTG) which held meetings first at ISC, then later, across the Bay in San Francisco when Saul-Paul moved into Henry Dakin's Washington Research Institute (WRI) where both consciousness and the Soviet Union were central topics of concern. While at WRI, Saul-Paul served as president for a few years of the Parapsychology Research Group (PRG) in which Russell Targ (of SRI Remote Viewing fame) was a prominent participant. While at WRI, Saul-Paul devised an ambitious hyperspace model of consciousness which, unfortunately, only Saul-Paul was able to understand.

During the 1980s, Mike Murphy invited Saul-Paul and me to host invitational seminars on physics and consciousness at Esalen Institute in Big Sur, California. The major focus of these seminars was Bell's theorem which proves that if certain quantum experiments are correct, then reality must be "non-local". Bell's theorem is unique in that it is a statement not about experiment nor theory but about "reality itself". Moreover, BT is no mere conjecture concerning the nature of reality but a rigorous mathematical proof.

Many of the participants in the Esalen Seminars on the Nature of Reality were members of the Fundamental Fysiks Group (FFG) founded in Berkeley by Elizabeth Rauscher and George Weissman as recounted in David Kaiser's recent book How the Hippies Saved Physics.

Saul-Paul was also present at the creation of Sirag Numbers and Siragian Triangles, two small mathematical curiosities with no known real-world application.

ADEX Theory is basically a taxonomy of mathematical objects similar to the classification of life forms on Earth, into fundamental categories such as kingdoms, phylums, classes, genuses and species. All animals, both alive today and in the fossil record, can be organized into only 16 phylums with names such as Protozoa, Anthropoda, Mollusca and Ctenophora. Humans belong to the phylum Chordata along with cats, dogs, lizards, birds, sharks and sting rays. "Possessing a backbone" is the passport to membership in phylum Chordata.

Compared to mathematical objects, life on Earth is easy to classify because life has a common origin and all life forms are members of a single tangled family tree. A mathematical object, on the other hand, consists of any structure whatsoever that the human mind can invent and find interesting. Categorize the human imagination? Impossible.

Saul-Paul describes in ADEX Theory the successful classification of a large variety of seemingly unrelated mathematical objects using only five "mathematical phylums" called Coxeter graphs (after Harold Scott MacDonald Coxeter). Here I will confess from the outset that the task of reviewing this book is well above my pay scale. Only a person with considerable mathematical sophistication can truly appreciate ADEX Theory.

What amazes me, as a mathematical pedestrian, is 1. the enormous variety of mathematical objects that can be brought together into a few communal families by this simple classification scheme and 2. the peculiar nature of the five "mathematical phylums" that are able to tame this giant population of unfettered figments of the human imagination.

Get this: the mathematical phylums, called Coxeter graphs, are symbols for something called Reflection Groups which are analogous to a set of mirrors in multidimensional spaces. Each Coxeter graph stands for, if I understand things correctly, a particular KALEIDOSCOPE in hyperspace. So, instead of a backbone, each member of the same mathematical phylum possesses, in some sense, the same brand of kaleidoscope.

And here is a partial list of the variety of mathematical objects which Saul-Paul shows how to classify using just five mathematical phylums (five Coxeter graphs):

And that's just some stuff I can almost begin to understand. Saul-Paul goes on to show how ADE phylums can help organize Lie groups, Klein-DuVal singularities, McKay correspondence groups plus Kac-Moody and Heisenberg algebras.

Moving on to more practical topics, the guy that inspired Hair uses ADE to clarify and unite topics in string theory, black hole physics, the holographic principle plus his own rendering of the possible ADE underpinning of our current Standard Model of elementary particle physics.

Oh, and this theory can also help us understand something called "quivers".

This book should appeal to specialists in any of the above-named fields who will appreciate Saul-Paul's passion for these esoteric topics and his fine attention to detail. In a rare literary aside, Saul-Paul shares this: "In his preface to Regular Complex Polytopes, Coxeter wrote: 'Its relationship to my earlier Regular Polytopes resembles that of Through the Looking Glass to Alice's Adventures in Wonderland,' This book which Coxeter says he 'constructed ... like a Bruckner symphony' is the most beautiful mathematical book which I possess (among several hundred)."

And you there reading these words now. Which is your most beautiful book?

The author of ADEX Theory lives in Eugene, Oregon with his wife Mary-Minn.

Posted by nick herbert at 9:11 AM 9 comments

Let's pretend we are suffering
From a wound that won't heal
Let's forget we're pretending
Let's pretend it's all real. 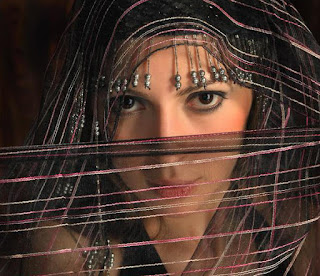 How could He have made you so beautiful
And not kept you for Himself?

Therefore the Buddhists are right:
There is no God.