At the invitation of Len Anderson, though the auspices of Poetry Santa Cruz, Nick Herbert appeared as Featured Poet at Poet/Speak, a monthly open reading at the downtown Santa Cruz Library. This reading happened to coincide with a Greek Street Festival sponsored by Prophet Elias Greek Orthodox Church across the street which added a wonderful ethnic gaiety to our readings, as poets in the upstairs library room vied to outshout the clarinets, bouzoukis and Zorba impersonators downstairs in the library parking lot.

For this reading, Nick takes on the persona of Doctor Jabir, who prophesizes in tongues the Quantum Tantric Revelation: that someday soon quantum theory will give humans a more intimate way of connecting with Nature that will supercede our present-day science and religions.

His Epistle to the Greeks is the high-water mark of Jabir's prophetic career. In this performance, Jabir enters a poetic trance and strips quantum tantra bare! Fortunately this landmark Epistle to the Greeks did not evaporate into thin air, but happened to be captured on video by Alan and Sun Lundell from Cougar Rock Ridge in Boulder Creek.

Jabir's Epistle to the Greeks represents the purest revelation to date of the Inner Truth of Quantum Tantra. Al and Sun just happened to be in the right place, at the right time, to record the quantum tantric equivalent of the Sermon on the Mount.

First of all, I would like to thank all the peeples dat remembers my birthday this year. And thanks for the many sweet birthday gifts including the opportunity to handle an 1895 Winchester 45-70 rifle

On Tuesday, Sept 20, MIT professor David Kaiser will describe his new book "How the Hippies Saved Physics" at the University Club in San Francisco from 6 to 9 PM. Some of the "hippies" will be present for interrogation including Jack Sarfatti, Fred Allen Wolf and Russell Targ. $25 including refreshments. For more info contact Michael Sarfatti at sarfatti@alum.mit.edu.

The Primary Sirag numbers (SPs) fall in two classes, Even and Odd. Their defining algorithms are:

The Secondary Sirag numbers (SSs) fall into four classes--SS3, SS4, SS12 and SS13. These SNs are generated by the four equations:

As an example of this classification scheme we can now recognize J*(2) as SS4(1). The famous Sirag number "1939" representing the year of Saul-Paul's birth turns out to be the Primary Sirag number SO(61). Does the largest computed Sirag number "2995" belong to one of these sets?

The skeptical reader may wish to check Herbert's claims by testing to see if any Sirag number refuses to be pressed into one of these six classifications.

Now shout it from the rooftops:
The Sirag Numbers are (partially) tamed!
Posted by nick herbert at 11:11 AM 3 comments 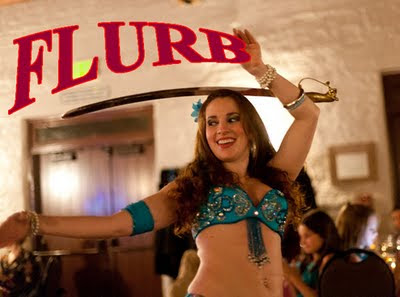