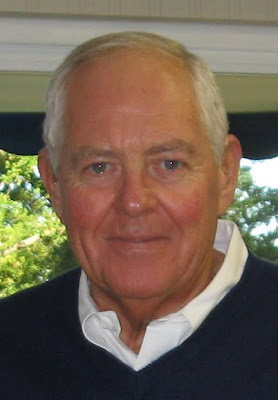 I first met Earl Crockett in the 1980s at Esalen where I was doing physics workshops and this man has been an important presence in my life every since, offering good advice, preposterous speculations, reliable companionship on many adventures, good humor and absolutely extraterrestrially enjoyable gourmet meals. Earl's mother was a cook at an outdoor camp and Earl had inherited her skill in preparing and presenting delicious food.

Earl was a successful businessman who specialized in helping other people prudently manage their business affairs. He was a friend of Werner Erhard, the founder of est, and was proud of the fact that he "saved Werner millions of dollars". When government agents raided the home laboratory of legendary psychedelic chemist Sasha Shulgin and fined him $45,000 for doing what they considered bad science, Earl started a fund that raised that much and more to help support and publicize Shulgin's important work. Earl's latest project was to put together a successful business plan for Marini's, a group of family-run candy shops in Santa Cruz.

Earl was an explorer of both inner and outer realms and was not afraid to get his hands dirty. Together with his wife Sheri he travelled to many sites in South America and Mexico where healing and reality-seeking rituals are still being carried out in traditional ways. Following anthropological clues and local legends, Earl identified a Mexican cactus with psychedelic properties formerly unknown to science. One of the high points of Earl's life was his stage appearance with Sasha Shulgin at a Sacred Elixirs conference in San Jose in which Earl described his Indiana-Jones-like adventures in discovering this exotic new cactus following which Sasha described his own adventures in tracking down the cactus's psychoactive chemical components.

Earl was an instrument-qualified small plane pilot and the last time I talked with him was in a Chinese restaurant in Santa Cruz, after we and some friends had attended a physics lecture at UCSC. During the meal, Earl recounted for us in great detail the sensations and feelings of making a nighttime instrument landing at the Oakland airport in dense fog.

On Valentine's Day, 2010, in his home in Santa Cruz, Earl Crockett took his last flight into that all-consuming fog from which none of us ever returns. May Earl's well-practiced instruments guide him into the light.

I was privileged to work with Earl on several real estate/business consulting projects. He was an inspiration to all he came in contact with. His words of wisdom, encouragement and kindness to me will never be forgotten. My thoughts and prayers are with his wife and children whom he adored. Laurie George