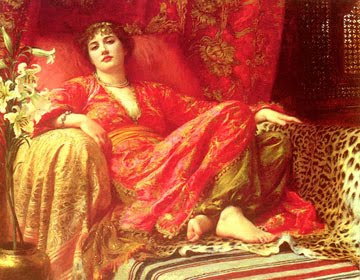 Near the turn of this century the former logging town of Boulder Creek experienced a sudden renaissance, an eruption, an outburst, an overflowing of the art of the spoken word. Dozens of folks found their voices and spilled out of the hills to share their passions with like-minded others. Because this movement was centered largely around Conrad Santos's Bistro, I call these times the Boulder Creek BistroScene Era and divide it like geological strata into the Early, Middle, and Late BistroScene.

It began sometime in '92, when Andy the Bartender at the Boulder Creek Brewery decided there needed to be some poetry in town and persuaded his boss to give him an open mike one Sunday a month. My wife Betsy and I have always been big fans of live entertainment and we were among the first enthusiastic supporters of Andy's poetry evening. Then one night Betsy dared me to go on stage and read some of my own stuff. I got addicted to the applause and now they couldn't keep me away. Soon establishing my name among the Brewery Poets, I organized the Joyce Kilmer Cannabis Sativa Night in which Kilmer's Trees was gang-parodied in honor of one of Boulder Creek's most popular house plants. 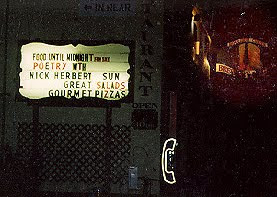 The Middle BistroScene began in January of '94 when Conrad Santos opened up his Bistro restaurant to poets one Friday a month. Unlike the Brewery, which was about a block away, the Bistro had no mikes and felt as small and intimate as someone's living room. For two years or so Boulder Creek had two poetry scenes going on--the Brewery where you had a mike but had to compete with two bars, a TV, a full-service restaurant and a pool table in the rear; and the Bistro where everyone sat close and hooted and hollered at the poets. In the Middle BS Era, poet and impresario J. J. Webb set up a Poetry Grove north of town with mikes in the middle of a redwood ampitheatre and also created two poetry venues in cyberspace, The Hawk and Zero City. In meat space, as well as the Brewery, Bistro, and the Poetry Grove, local poetry overflowed into the BC Library, Camp Joy Gardens and into private homes. So many Boulder Creek poetry scenes that birth nurse poet Carol Brendsel dubbed our town "little Paris on the San Lorenzo." 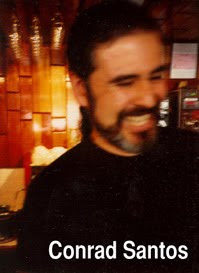 In '99 the Bistro closed, Andy the Bartender left the Brewery and the poetry scene moved 4 miles south to the Santa Cruz Mountains Arts Center in Ben Lomond. In this Late BS Era, the main instigator was Phyllis Mayfield who MCed the readings as well as formulating the longest-running and most popular show at the Art Center--the Poet's Eye; Artist's Tongue exhibit in which a poet and a visual artist collaborate to create a single work. For seven years starting in '98, each April these popular collaboration would hold sway for a month at the Art Center.

I date the end of the BistroScene Era in 2007 when the poetry anthology Harvest from the Emerald Orchard was published. Some of the poets in this volume were denizens of the BistroScene but most were from Santa Cruz and it became obvious that the center of gravity of the poetic passion had shifted out of the woods and into the city. See Poetry Santa Cruz for a snapshot of today's local poetry scene.

I intend to highlight some of the people and poems of the BistroScene Era in this blog and would appreciate any suggestions, corrections, and especially pictures from those wild, word-crazed days in the redwoods. 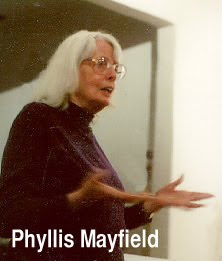 Indeed the written word is still being read in Boulder Creek... Luminescence Tea Room which is downtown hosts "Talk Story" where writers shared their written word... the next Talk Story is Oct. 12th at 7:00 .. 13140 Highway 9 and features Ron Lampi, a poet from Felton ...
http://www.luminescencedayspa.com/id66.html

Miss you guys. I was a loyal audient in those days, dating Craig Anderson and attending out of joy and because there was little of an artist's scene but for the poetry in those days.

Ah, so wonderful to read about a scene that I truly loved and felt so much a contributor. It was like having a family that you don't know much about, like third or fourth cousins, but you know there's some shared blood because you feel so good when you're around them. I was working nights then, so anything that brought me out of that fog of Santa Cruz and woke me up was delightful. I'm retired now and have all the time in the world to write yet I do just about anything in the world to avoid it unless the muse gets bitchy and gives me a smack and says, WRITE THAT DOWN!

I am not ambitious yet I have friends prompting me to gather my poems together and make a chapbook of some sort. I manage to rewrite and perhaps will actually send some out for publication. Meanwhile, Felton under the redwoods, with all the summer songs
singing keeps me distracted and content. I smile as I write and send love to these memories and all of you that share them. Carol