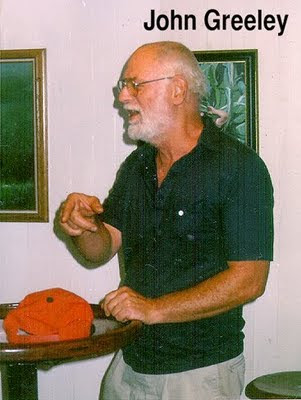 A few years ago I spoke at John Greeley's funeral which was held not in a church but in a second-hand furniture store on the fringes of Santa Cruz. John's friends knew him as an entrepreneur and avid baseball player but few suspected that he was a closet poet.

And not just a poet but a supremely weird and twisted poet. As a prime denizen of the Middle and Late BistroScene, John produced some unusually moving verse but his most notable accomplishment was his co-editing (along with Stephen John Solberg) of a small red book of poetry allegedly composed by lunatic Polish poet Ladislaw Tzestrczyk (LAD-is-lof dez-DARE-shik).

In the preface to this collection the editors describe how this book came about:

Sometimes the experiences of a lifetime can explode through the dikes of the conscious mind in a flood of feeling. Such was the case in the creation of this volume of poems. The entire outpouring was the result of a single 36-hour drinking and drug-taking binge during which the editors attempted to dissuade their friend, little-known Polish poet Ladislaw Tzestrczyk, from committing suicide.

Hence the origin of Whoreson Crawl which is defined on its title page as "a type of surreptitious movement performed on all fours by an illegitimate person, usually resulting in negligible gain."

Shortly before he died, John Greeley was busy composing an opera about this obscure Polish poet and would play tape-recorded arias from Whoreson Crawl--the Opera at some of our later gatherings. Here are are two examples of Tzestrczyk's verse from Whoreson Crawl, the book.

I DID THESE THINGS

WHAT IF I SHOULD DIE 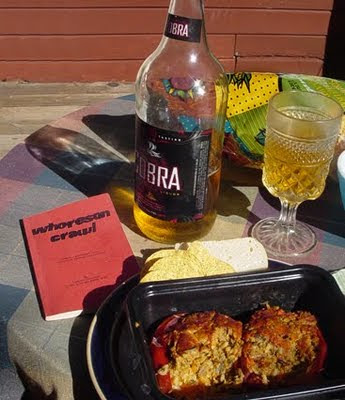 
Willow Springs was an interesting place in the 80's. A decade to be mostly forgotten but for those who learned to live.